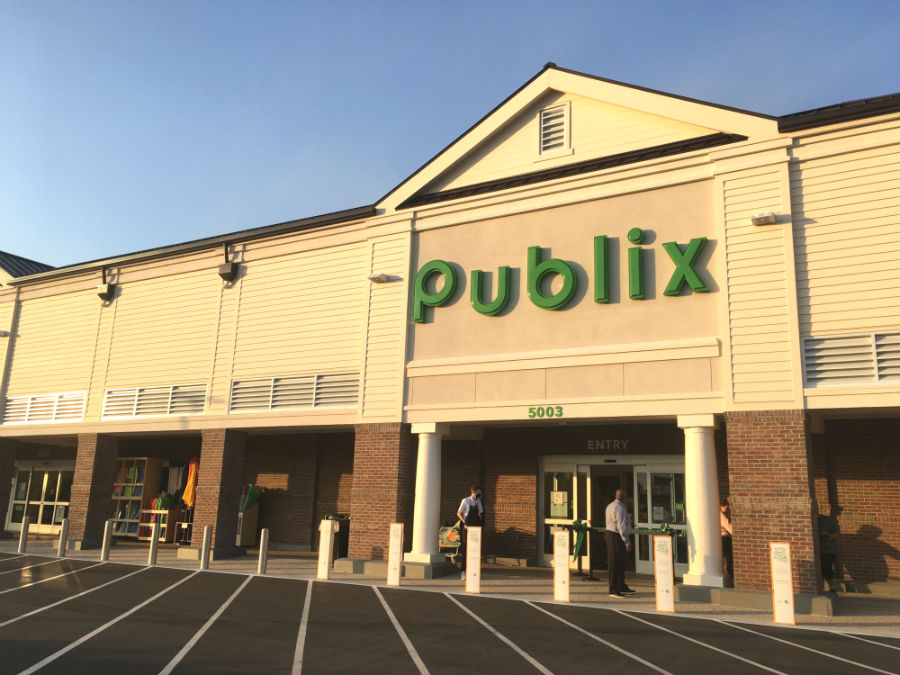 A new Publix grocery store, at 5003 East Oak Island Drive in the Brunswick County beach town of Oak Island, opened Wednesday morning. (Photo courtesy of Publix Super Markets)
Oak Island was one of two places Wednesday where new Publix stores opened after the grocery chain halted such openings because of the coronavirus pandemic.

"We had previously made the decision to pause on new store openings during COVID," said Kimberly Reynolds, community relations manager for the Charlotte division of Publix Super Markets, in an email Wednesday. "This was one of two stores that opened today, which are our first."

The other opening Wednesday was in Alabama. The Oak Island Publix, at 5003 East Oak Island Drive in Oak Island Market Place, opened at 7 a.m.

"We have received numerous requests for a Publix in this community. Oak Island is a wonderful community and opening a Publix here allows us to bring Publix’s premier service and quality to an area of the beach that we weren’t previously serving," Reynolds said. "We are excited to continue to expand across Brunswick County."

"Publix at Oak Island Market Place is one of only two national grocers on the island," a Halpern news release stated Wednesday. "The shopping center features a signalized entrance with three points of ingress and egress."

Publix first began welcoming shoppers in the Cape Fear region in 2016, opening its first store in the area at 716 Bragg Drive in Wilmington.