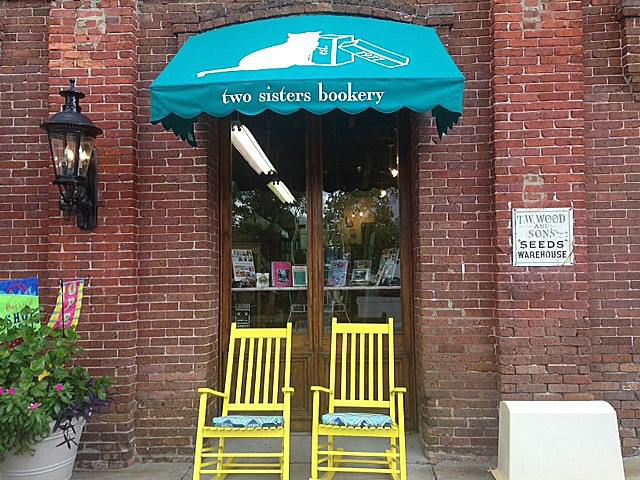 Christine Greer bought the business, signing a three-year lease to continue occupying the store’s current location at The Cotton Exchange, for an undisclosed amount this week.

Katie, the store’s popular calico cat, will continue to reside there, Greer said.

“She sent it to me. She’s also an avid reader," said Greer of the 22-year-old Driskill, who graduated recently from the University of Mary Washington in Fredericksburg, Virginia. "That’s a passion we share." 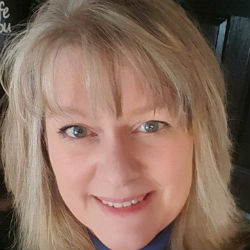 Greer (pictured at right) also has twin sons who are 21 years old. As a result of her purchase of Two Sisters, Greer and one of her sons are moving from Fredericksburg to a condominium she owns in North Topsail Beach.

For now, she’s setting aside her career as a registered nurse to focus on Two Sisters Bookery.

“I’ll always be a nurse, but this is an exciting new adventure,” she said.

Previous owner Barbara Galvin, who purchased Two Sisters in 2011, will be on hand for about a month or as long as the new owner needs her as Greer settles in to her new job as bookseller. Galvin announced in May that she wanted to sell the store because she was ready to retire and spend some time traveling.

Galvin said in a Facebook post that she feels the store is in good hands with Greer.

The 40-year-old business drew interest from 13 potential buyers within about 48 hours of listing the sale online, said Joan Loch of MoMentum Companies, who brokered the transaction.

“That reinforces the love and connection people still have for independent booksellers, particularly the following that Two Sisters Bookery has built over the years,” said Loch, whose company recently added business sales to its specialties.

One of the most recent books Greer has read is Option B by Sheryl Sandberg and Adam Grant. The book includes advice for coping with grief; Greer’s husband, John Greer, died about 14 months ago, another reason she wanted to make a change in her life, she said.

Greer also lost her father in 2015 and before that, her mother.

“My parents would be really proud of me, and John supported me in everything and anything always,” Greer said, about what her relatives would think of her decision to buy Two Sisters. "I got my love of reading from my mom. She would take us to the library the first week of summer break, and we'd come out of there with any and every book we could check out, the limit they would allow."

At Two Sisters, Greer said she doesn't plan to make any drastic changes right away.

“I do have a lot of marketing ideas and a lot of event ideas, and I’m pretty savvy with social media, so I think I’m going to maximize that,” she said.

“I’ve been researching local authors. There’s a really nice line of local books in there [at the store], and I’d just really like to take advantage of that,” she said.