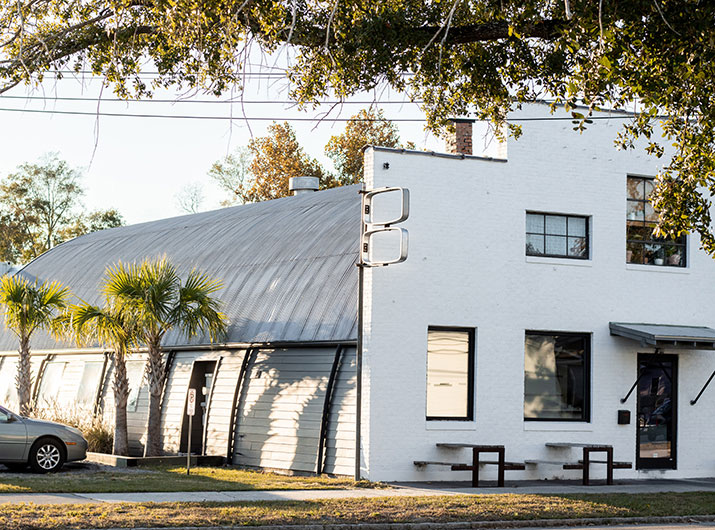 “This concept is all about exploration for myself, the chefs and whoever visits. We hope to be able to find really fun, cool, new things that nobody’s seen before in Wilmington,” Zimmerman said.

Work on Beat Street began in 2016 when Zimmerman began compiling street food offerings from around the world into a database that now includes more than 3,000 dishes. This database provided a jumping-off point for Zimmerman and his team of chefs, who experimented with recipes to create Beat Street's lineup.

Zimmerman described the team's process in developing a guacamole for the menu as an example of the kind of playful experimentation underpinning the new restaurant.  When he brought a guacamole made with Calabrian chili peppers and goat cheese, Zimmerman said everyone looked at him like he was "totally out of bounds."

"Then we tasted it, and it was pretty mind-blowing," he said.

Like Zimmerman's other eateries – including True Blue Butcher and Table and Mariposa Tapas Bar – Beat Street will serve creative, chef-driven options crafted with quality ingredients, a task made more difficult given the nature of this particular restaurant.

“Those are easy words to say. They’re much harder to execute, especially in a fast casual concept where there’s going to be extremely high volume,” Zimmerman said. He listed Beat Street’s team of “super talented chefs that love food” as one of the factors that will allow the restaurant to execute the concept, as well as specialty vendors that provide high quality ingredients.

“When you start getting into street food and talking about quality, a good bit of that comes from the integrity behind the ingredients,” Zimmerman said.

The menu, still a work in progress, will evolve based on seasonal ingredients and guest response. However, Zimmerman offered broad brushstrokes of the vision for Beat Street’s fare. The menu will feature a “significant tribute” to Mexican street tacos, with five types of tacos including barbacoa, carne asada, smoked chicken and a vegan Brussels sprouts option.

Another portion of the menu is dedicated to ssam, a Korean dish of meat wrapped in lettuce and topped with condiments like kimchi. Beat Street’s nod to the dish will include three varieties of fillings – traditional pork, ginger chicken and a vegan tempeh – served with lettuces, steamed buns and “lots of condiments” for customization.

Kebabs will also feature, with that section of the menu anchored by a chicken kebab prepared in the style of Asian gai yang with coriander, chili peppers and cilantro. For handheld items, guests can expect torta, steamed buns, Venezuelan-style empanadas and burgers.

Breakfast at Beat Street will utilize the same ingredients and flavor profiles served at lunch and dinner within three categories: biscuits, bowls or burritos.

Inspired by the lively energy of urban street food vendors, the design of the restaurant will feature neon colors and street art elements.

In other news, Cargo District developer Leslie Smith continues to invest in property in the district and is in the midst of restarting plans for a food court. The new feature would be made up of local vendors in shipping containers with walk-up windows, situated around an outdoor space. The court will use the block bordered by 15th, 16th, Castle and Queen streets.

“It would be a fun place for families to go,” Smith said. “Every city that I’ve gone to has one of these things.”

He added, “We would like to add some other venues to it as time goes on. It will give you an entire block to eat and play.”

Although he did not reveal specific eateries, Smith said the food court is expected to include Korean barbecue, poke bowls, Philly cheesesteaks and onion rings, hot dogs and more.