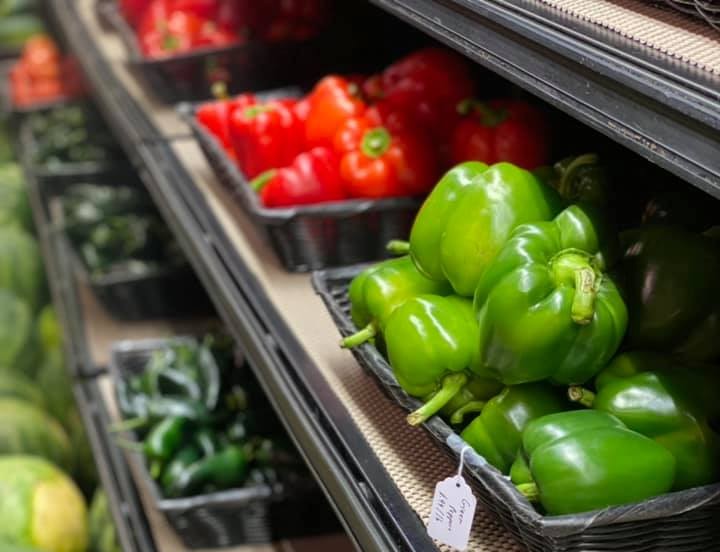 The goal of Better Basket is to provide access to local and sustainable produce, meat, cheese, eggs and more, one of the owners said. (Photo courtesy of Better Basket)
Better Basket, a local market that aims to connect farmers and merchants of the Carolinas with the Wilmington community, opened Tuesday, Sept. 7, at 143 N. Front St.

Owners Joseph Allen and Frank Christopher Meares held a soft opening over Azalea Festival weekend in August, where guests sampled products and were asked for feedback.

The market was then closed to the public for the filming of the Hallmark Channel movie Christmas in Harmony and to restock and reset following filming.

Now, a market that has been many years in the making has made its debut.

Meares said the goal of the market is to provide easy access to locally and sustainably grown produce, meat, cheese and eggs, as well as specialty goods in a space that’s both inviting and fun to visit.

“The concept of Better Basket has been an idea in the making since the early 2000s,” said co-founder Joseph "Joe" Allen. “My mother and I had an idea that would couple a traditional grocery store with a restaurant. Downtown Wilmington seemed like the perfect location.”

Not only is Better Basket a market, but there are plans for a centrally located open kitchen that will serve prepared foods as well as sandwiches, salads and baked goods. The kitchen will allow customers the ability to see everything as it’s made and to interact with kitchen staff as part of the shopping experience. It may also serve as a demonstration kitchen for classes.

Meares explained that changing COVID-19 regulations have forced the market to rethink some of its original plans, but he’s hopeful that the kitchen will be up and running as soon as possible and in the safest manner possible.

Owners say that in addition to providing access to local and sustainable products, another goal of the market is to support ongoing efforts to revitalize historic downtown Wilmington.

Additional preview events will be held over the next four Tuesdays as a means to showcase new products and introduce customers to the store as well as some of the farmers whose produce will be featured.