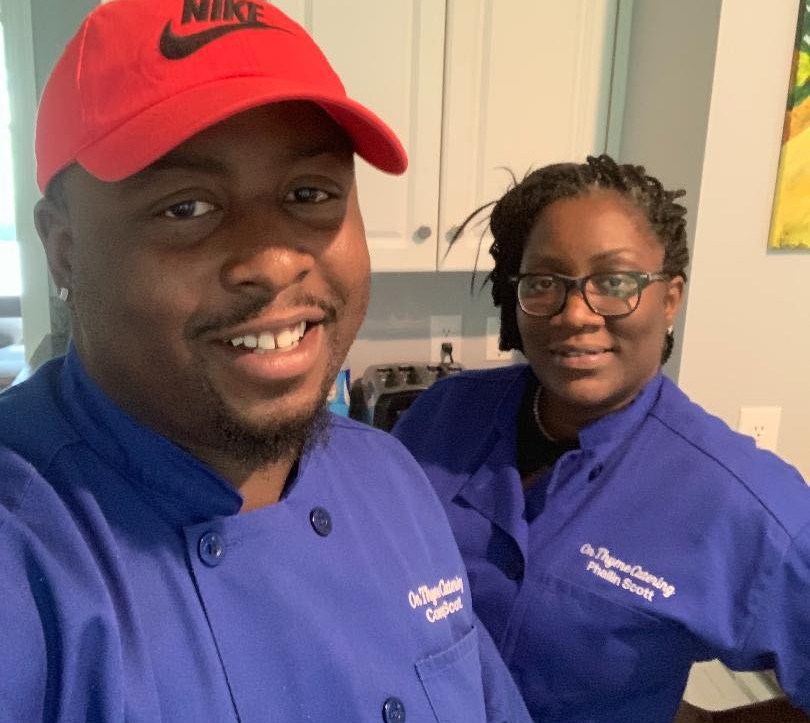 Booty’s, named for owner Linwood “Booty” Davis, has been a fixture on Castle Street since the early 70s. Davis closed the restaurant, known for late-night eats, in March 2020 and decided to retire last October, according to Corey Scott.

The Scotts have gained a loyal following since starting their catering company and truck in 2019. Like many area food trucks, they saw a significant bump in business throughout the pandemic, serving customers in neighborhoods, at breweries and at companies like GE.

Now that they’ve built a following, they felt the time was right to move to a brick-and-mortar location where they can serve guests as well as prepare food for the truck.

On Thyme Restaurant will not cater to the late-night crowd, but rather serve lunch and dinner.

On the menu will be On Thyme’s bestsellers, such as the shrimp po’boy with homemade Cajun remoulade on a potato hoagie, chicken wings, fried shrimp and fish, and a variety of burgers and appetizers.

In a strange coincidence, Corey Scott recently discovered that Davis used the same exact seasoning on his chicken that Scott uses to prepare his. What’s so unusual about this is that Corey Scott said he’s never known anyone else to use it and it’s quite hard to find.

“Now it’s only available online and it’s expensive,” Corey Scott said. “But Booty’s customers will be happy to know I’ll be using the same seasoning they’re used to.”

Corey Scott said he was pleased to be keeping a Black-owned business in the area.

In addition to the building, the Scotts also purchased surrounding lots. According to a New Hanover County deed, On Thyme Catering & Fruit Creations LLC purchased four parcels, 912, 914, 918 and 920 Castle St., from the Davis family for $400,000 on June 17.

While the Scotts said they don’t yet have any long-term plans for the lots, they hope to host a weekly food truck rodeo on Sundays once the restaurant opens.

A full renovation of the 1,500-square-foot restaurant will begin shortly and the Scotts are hoping for a late fall to early winter opening.