By Jessica Maurer, posted Jun 16, 2021
Tweet
Hampstead has a new spot for wings with the opening of TopSea Wingz, located next to Harris Teeter in the Surf City Crossing shopping center at 201 Austin Blvd.

Ever since owners Lonnie and Autumn Mathis announced plans for the restaurant last fall, area residents have expressed their excitement over having a wing spot in the neighborhood.

The Mathises felt it was something the area needed and said the response so far has been very encouraging.

“I think the locals are as excited as I am to have a wing place around,” Lonnie Mathis said, adding that many of the residents of nearby apartment complexes appreciate that the restaurant is within walking distance of their homes. 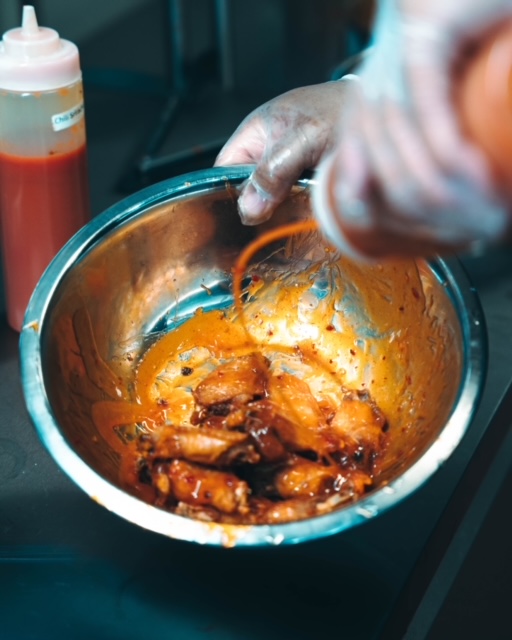 TopSea Wingz held a soft opening beginning June 4, and news of the opening has spread by word of mouth.

“We pretty much turned on the lights and the people came,” Lonnie Mathis said.

Now they’re planning a grand opening for June 26 with prizes and giveaways for gift cards and Pepsi products.

TopSea’s menu includes both traditional and boneless wings tossed in a choice of sauce.

There are 10 sauces in addition to Lonnie’s special TopSea sauce, a mayonnaise-based sauce which he said customers are asking for not only for their wings, but with appetizers such as the jalapeno bites, cheese curds and fried pickles.

TopSea also has chicken tenders and a double cheeseburger on the menu and several combo meal options.

The restaurant has both indoor and outdoor seating with umbrellas and is in the process of applying for a beer license, which the Mathises hope to receive by mid-July.