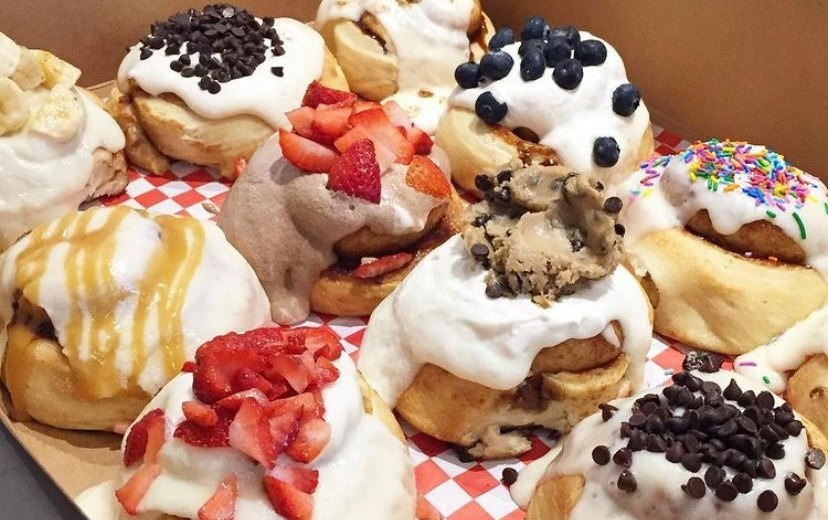 “Mayfaire is proud to welcome Cinnaholic’s first location in Wilmington,” said Paige Coniglio, Mayfaire spokeswoman. “We are thrilled to bring this new gourmet dessert option to the Wilmington community. We know that residents are going to love the 100% vegan and cholesterol-free option.”

Founded in Berkeley, California, in 2010, Cinnaholic specializes in create-your-own cinnamon rolls and other made-from-scratch treats such as brownies, cookies and edible cookie dough.

Local franchisee Rose Glinski said she was drawn to Cinnaholic because of the simplicity of its business model and the quality and flavor of the products. The fact that the products are vegan is a bonus, Glinski said.

Since Cinnaholic’s recipes are vegan, they are also dairy- and lactose-free, egg-free and cholesterol-free. Additionally, they contain about one-third of the calories of a traditional cinnamon roll, according to Glinski.

Cinnaholic’s menu offers six signature cinnamon rolls, as well as a create-your-own option with dozens of toppings and frostings to choose from. Glinski said her current favorite is cream cheese frosting with raspberry jam, fresh raspberries and powdered sugar.

Catering and online ordering are available and delivery is also available via DoorDash, GrubHub and Uber Eats.

Cinnaholic’s co-founders Shannon and Florian Radke opened the first Cinnaholic bakery in downtown Berkeley. In 2014, the pair appeared on ABC’s hit TV show, Shark Tank. Shortly after appearing on the show, the Radkes adopted a franchise business model and began expanding to Cinnaholic locations across the U.S. and Canada. The Wilmington shop is Cinnaholic’s 52nd location.