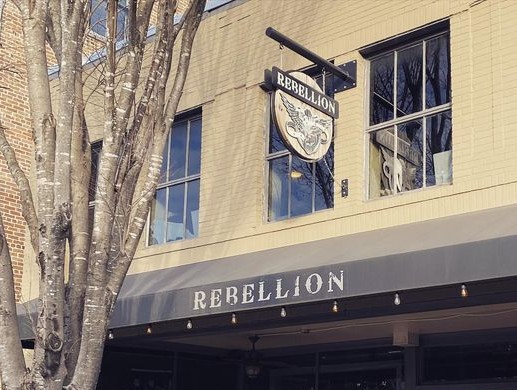 A Facebook post from Jan. 4 stated: “We plan on getting everyone thru the next few weeks healthy, performing some much needed maintenance and reopening in time for Super Bowl Sunday.”

Co-owner Brian “Wes” Westlye said that rather than face a constant cycle of opening and closing because of quarantine measures, the decision was made to close temporarily for maintenance and to allow employees to file for unemployment.

“For tipped employees, they aren’t making money unless they’re waiting on tables,” Westlye said. “This will keep them safe and provide them some steady income over the next several weeks until it is safe for us to reopen.”

Westlye and his partners at PROOFhospitality made the difficult decision to close their flagship Washington DC location in September after six and a half years.

Westlye said 70% of the seating at that location was at the bar, and when bar seating was prohibited, a restaurant with only just over a dozen seats was no longer viable.

“It’s really sad because this was our first restaurant and if it wasn’t for COVID this definitely wouldn’t have happened,” Westlye said.

PROOFhospitality also operates Rebellion locations in Arlington and Fredericksburg, Virginia, as well as CRUST Kitchen and Cocktails at 124 Princess St. in downtown Wilmington.

Westlye said CRUST has taken a big hit based on dine-in restrictions and the size of the restaurant but is plugging along.

Westlye and his partners have plans for another downtown restaurant in the Brooklyn Arts District, Commodore Public House and Kitchen, which they hope to open later this year.

Nearly identical posts appeared on the restaurant’s Facebook pages Jan. 7, stating that there would be a pause in operations for the next several weeks. The restaurant group stated that the decision was not made on account of any direct exposure to COVID-19:

Aziz said that after a good summer and fall, the onset of winter weather brought a decline in business to both locations. Following extensive discussions with his staff, he believed it to be in everyone’s best interest to close temporarily.

He said his employees have a better chance of financial stability by receiving temporary unemployment benefits, and he will continue to provide health insurance benefits for those who have them currently. This, he said, will help keep his staff safe and healthy and ready to return to work when the time is right.

Aziz said that providing the level of hospitality his guests are accustomed to is very challenging right now and he feels very strongly that he does not want to unintentionally put anyone in harm’s way.

“Going out to eat should be a fun experience, not a stressful one,” Ash Aziz said. “We want to be part of the solution, not the problem.”

Aziz said that over the next several weeks he will be focused on making improvements to the restaurants wherever he can, from maintenance to menu planning and evaluating protocols for reopening.

Aziz said the restaurants will remain closed until more people have been vaccinated and the curve begins to flatten. He hopes to reopen sometime between Valentine’s Day and Easter.

“We need this as a bridge to the other side, where we’ll be healthier and stronger,” Aziz said.

Aziz strongly supports a second phase of Downtown Alive, the program developed last year to allow expanded outdoor dining for downtown restaurants. He said about one-third of his business at Circa 1922 from June through mid-October came from the expanded outdoor seating.

“I think this is a win-win concept,” Aziz said. “Even after we flatten the curve people are still going to be cautious and they like sitting outside. They like the feel this gives to the downtown dining scene.”

Aziz predicts a good summer for restaurants, stating that he believes people will be craving the normality of going out to a restaurant without a heightened sense fear or worry.