The Scoop On A New Gelato Cafe On The Riverwalk 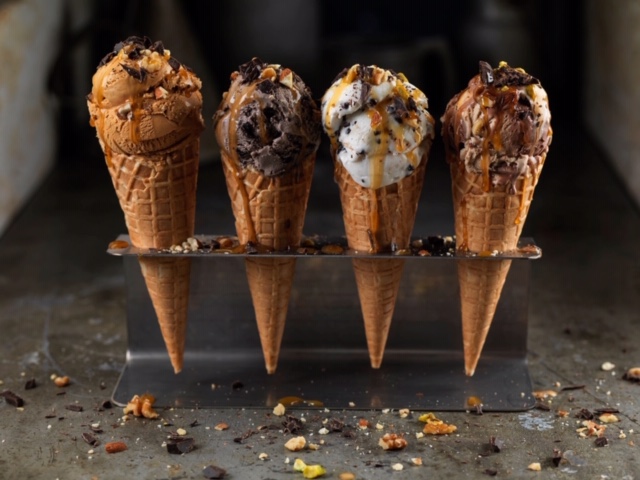 GelaRto, a cafe specializing in traditional Italian gelato, has opened in the J.W. Brooks building at 18 S. Water St. (Photo courtesy of GelaRto)

GelaRto, a cafe specializing in traditional Italian gelato, has opened in the J.W. Brooks building at 18 S. Water St. in downtown Wilmington.

Owners Nigel Langstone and Luca Grassi have been creating and selling GelaRto in Italy and Britain for years, and after a trial run in New York City, have opened a Wilmington location.

Langstone and his family relocated to the U.S. from Britain in 2017, and with the help of MoMentum Companies president Terry Espy, the partners secured the South Water Street location along the Riverwalk, formerly home to Poodles Island Wear.

GelaRto gelatos are made the old fashioned way in Turin, Italy, with farm-fresh ingredients, including milk from the Grassis' dairy farm. The ingredients are slow-churned to limit the amount of air that is incorporated, yielding a flavorful, super creamy, yet low-fat product.

Because gelato is made with milk instead of cream, the flavors are typically more intense as they are not masked by the flavor of dairy fat, explained Langstone.

Popular flavors include tiramisu, chocolate hazelnut, coffee and coconut, and of course, cookies and cream. Langstone said that his partner Luca has recently become the largest importer of Oreo cookies in Italy.

“The Italians don’t like Oreo’s in their gelato,” Langstone said. “Or peanut butter for that matter. But I told Luca we have to have it, so now he’s importing Oreo’s and making his own peanut butter.”

There are several vegan flavors available, made with rice milk, and GelaRto also makes vegan, gluten-free sorbet with fresh fruit and Alpine water. Plans are in the works for a liquor license which would allow GelaRto to serve gelato and sorbet topped with liquors such as kalua, amaretto and limoncello.

Another popular combination according to Langstone, is Madagascar vanilla gelato topped with bourbon.

The gelatos and sorbets can be made into milkshakes and smoothies, and Langstone expects to soon be offering custom gelato cakes. Langstone said he has partnered with Vigilant Hope coffee, a local roastery working to fight homelessness, to supply GelaRto’s coffee.

“At first I didn’t think we needed to offer coffee,” Langstone said. “But I’ve been very surprised by the response and we’re very pleased to be working with Vigilant Hope.”

In addition to establishing the café, Langstone oversees GelaRto’s US-based wholesale operation, which provides products to restaurants and grocery chains such as Publix. Dylan and Ann Marie Pierce will oversee the day-to-day operations at the café, which also carries a wide variety of European chocolates.

GelaRto’s current hours are Wednesday through Friday from noon to 8 p.m. and Saturday and Sunday from 10 a.m. to 8 p.m. with hours to extend as the summer season nears.

GelaRto is located at 18 S. Water St. in downtown Wilmington.