News On The Sunny Side: Eggs Up Grill On The Way 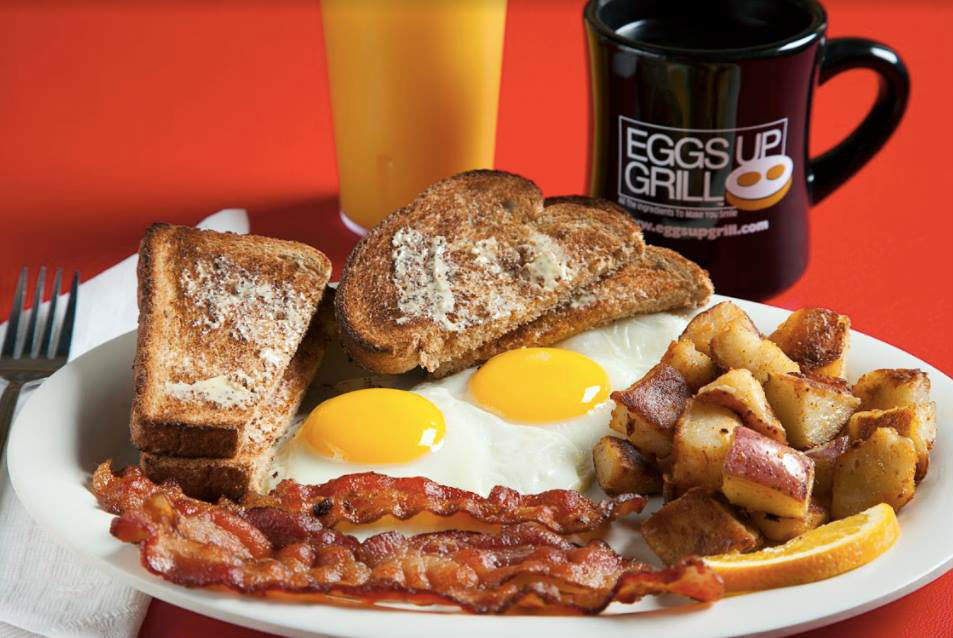 Eggs Up Grill, coming to Wilmington, serves up eggs "in a million ways," one of the Wilmington franchise owners said. (Photo courtesy of Eggs Up Grill)

Ricky Richardson, CEO of Eggs Up Grill, a Spartanburg, South Carolina-based franchise with over 35 locations across the Southeast, has announced plans for the first of six Wilmington-area locations.

A new two-tenant outparcel is currently under construction at Beau Rivage Marketplace, which will house Eggs Up Grill and MOD Pizza, a pizza eatery that opened its first Wilmington location in Ogden Market Place last month.

Wilmington residents Mary Ashton and David Dukes will own and operate Eggs Up Grill, a breakfast and lunch restaurant founded in Pawleys Island, South Carolina, in 1997 by restaurateur Chris Skodras.

“We grew up going to the beach at Pawleys Island and eating at Eggs Up Grill,” Mary Ashton Dukes said. “We’re really passionate about the brand and think it’s a great fit for the Wilmington area.”

The restaurant specializes in “eggs a million ways,” according to Mary Ashton Dukes. Breakfast and lunch are served daily from 6 a.m. to 2 p.m.

As for the location, she said they had been looking throughout Wilmington for quite a while before deciding up on Beau Rivage.

“The location really chose us,” Mary Ashton Dukes said. “It’s central to both Wilmington and Carolina Beach and located near lots of schools, churches and growing residential areas.”

Richardson confirmed that the Dukes have signed multi-unit deal for six restaurants in the Wilmington area. He also confirmed the opening of a Shallotte opening later this year, under the ownership of a separate franchisee.

The Beau Rivage location will be the fourth location in North Carolina. There are currently two in the Raleigh area and one in Charlotte. Richardson said there will be a total of eight North Carolina locations by the end of 2020.

Eggs Up Grill is expected to open by mid-November.