Three Celebrity Chefs Coming Back To Wilmington For GLOW Opening 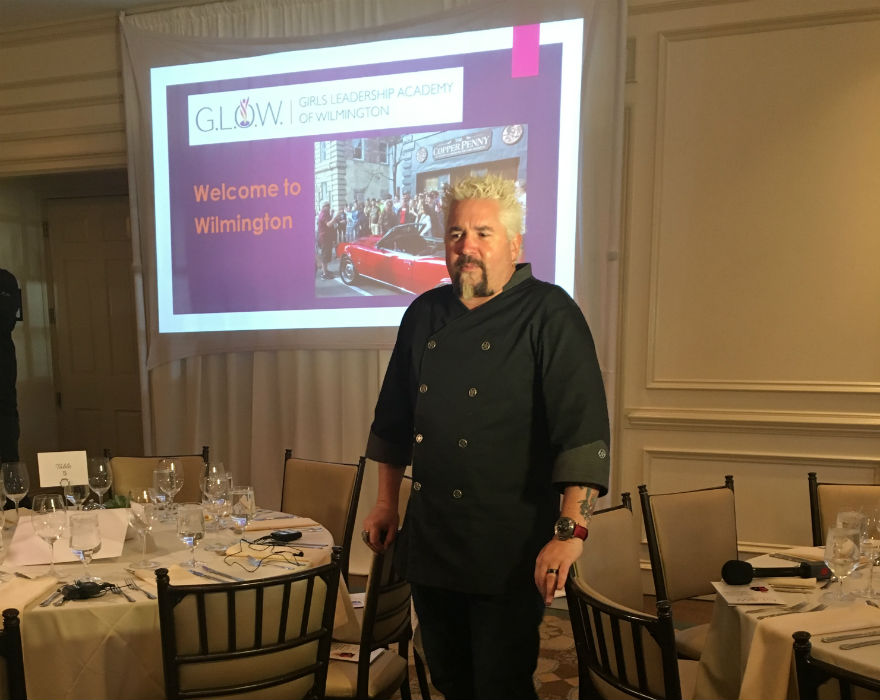 All three have visited Wilmington and the school before for fundraisers and will return for an event that will include campus tours. The tours are expected to be open to the public, and the lineup of events will also include a limited-seating, ribbon-cutting ceremony.

“A gala reception is also planned for donors and sponsors of GLOW Academy with tickets available for $250 each,” the release stated. “The three chefs have each helped raise significant funds for the campus at annual celebrity chef events: Emeril Lagasse in 2016, Guy Fieri in 2018, and Robert Irvine in 2019.

“The celebrity chef events reflect the career of GLOW Academy Founder Judy Girard, who was president of the Food Network from 1994 to 2004.”

Chef Giada De Laurentiis also visited in 2017 for similar fundraising events, but can’t make the upcoming visit because she’s in Italy, said Girard, who recruited the visiting personalities to visit the Port City in support of the school in recent years.

The school, located on a 31-acre site next to Maides Park, at the end of Sunglow Drive in Wilmington, will serve about 400 sixth- through ninth-grade students in the 2019-20 academic year, the release stated.

The school opened in 2016, adding a new incoming class each year until operating as a sixth- through 12th-grade school.

Another 20,000 square feet of covered, outdoor education spaces is included on the site.

There is room for bus drop offs as well – significant because charter schools are not required to provide transportation or meals under state rules. But because the school’s focus is getting girls from underserved communities ready for college, both were priorities for school officials.

The $16 million project includes construction costs of $14 million. The Cameron family donated the land for the school. School officials did not disclose how much they have raised through fundraising efforts such as the visiting chef events, but it’s safe to say giving has been strong since as a charter school GLOW is not eligible for state funding for building facilities.

Since it opened its doors, the school has operated out of cramped space off South College Road, with plans to eventually move.

The school broke ground on the construction project in May of last year, seeing some timeline setbacks because of last year’s record rainfall amounts and the hurricane.

Now officials are aiming to have much of the school open by the time students start the new school year Aug. 27.

Its Founders Hall, containing offices and the cafeteria/multipurpose room, is scheduled to be done this month; the media center and middle school section in mid-July; and classroom areas designated for the eventual high school students are set to be done in October, officials said.

Architectural firm LS3P designed the facilities, and Monteith Construction Corp. is the builder. 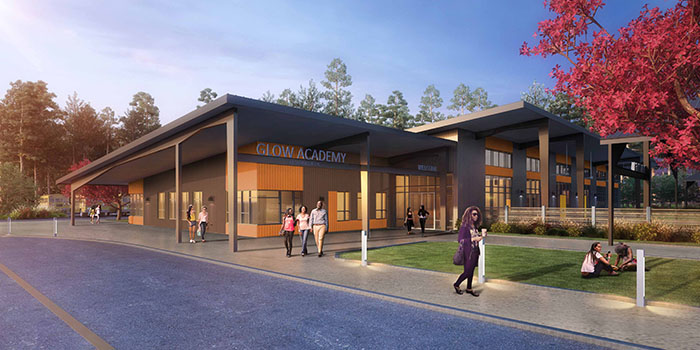 A rendering from LS3P shows what the school's new campus will look like when construction is complete. 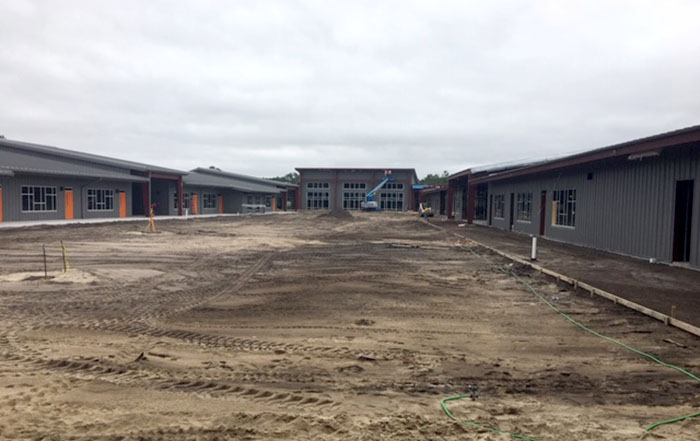 In the middle of the campus is what will be a large, grassy quad -- one of several details incorporated in the designs to get students comfortable with features common at colleges. 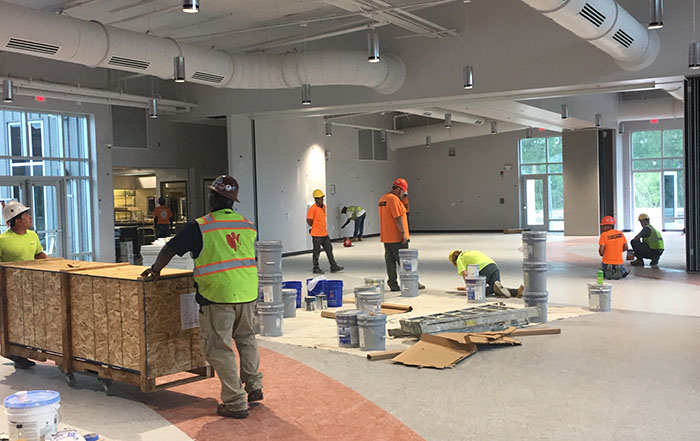 Workers are shown inside the school's cafeteria and multipurpose room during a media tour of the construction site Wednesday. 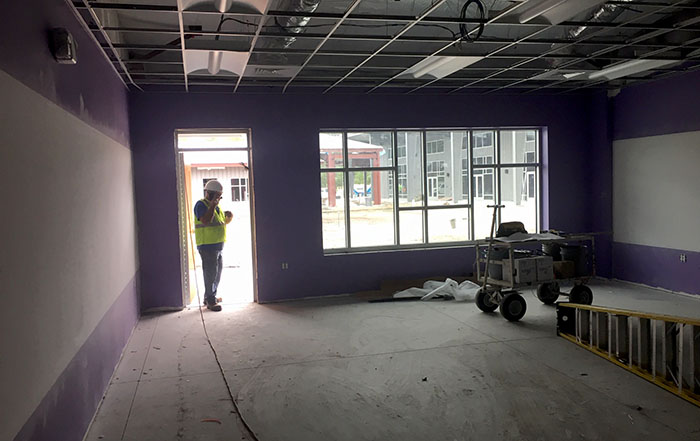 A classroom in the middle school wing is shown. The white portions of the walls, the windows and desktops are meant to be written on with dry erase markers, and collaborative learning spaces are planned. 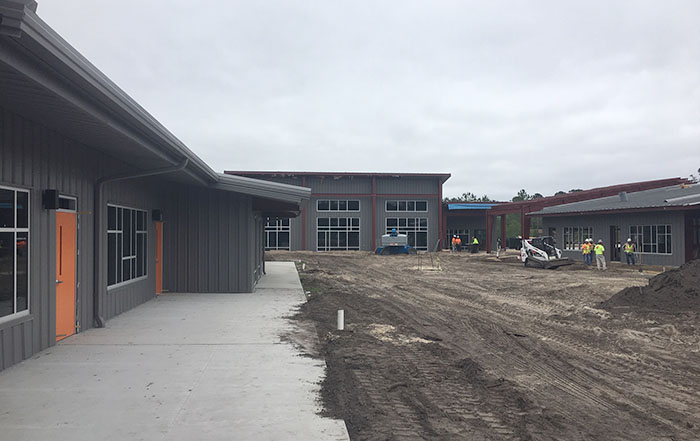 Gibson Hall, tennis player Althea Gibson who trained in Wilmington and became the first African American to win Wimbledon and other top tournaments, is shown on the left. The end building will house a teaching kitchen, media center and makerspace with 3D printers and engineering tools. (Photos by Vicky Janowski)