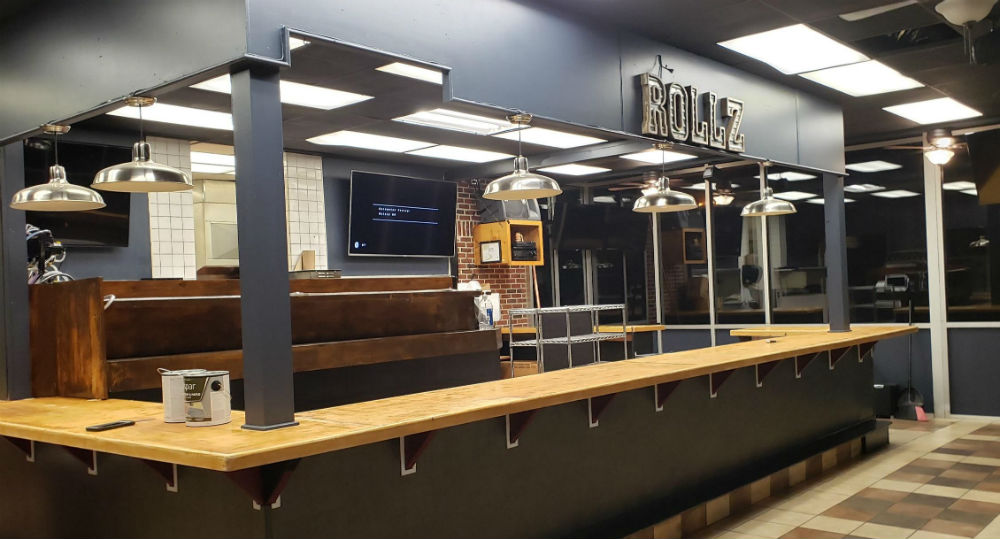 Rollz Lounge is expected to open soon at 1016 S. College Road in Wilmington. (Photo courtesy of Rollz)
A new chapter is about to begin for Rollz Lounge, Egg-Rollz Without Limits, formerly located downtown and then at Independence Mall.

Chef and owner William Allred was forced to leave his downtown location at 110 S. Front St. after just three months because of damages from Hurricane Florence.

“There was an incredible amount of work that was needed to bring the building back up to code, and as a tenant, I wasn’t willing to put that kind of money into it,” Allred said.

Shortly thereafter Allred reopened Rollz in the food court at Independence Mall, where he operated until his six-month lease expired.

Now he is putting the finishing touches on 1016 S. College Road, a building that some might say is cursed because of the high turnover its experienced over the past several years.

“I think the reason so many people have failed here is that they rushed to open and didn’t take the time to make the necessary repairs and have a strong staff in place,” Allred said.

Allred said he has installed new kitchen equipment and new wiring to support multiple televisions and a new sound system. He has built a new bar, which will serve beer and liquor, and is hoping to create a casual lounge atmosphere with nightly drink specials.

The focus of the menu will still be sweet and savory egg rolls, with the addition of burgers and fresh-cut fries.

“We’ll also still carry our chicken salad and banana pudding, as well as some of the other staples that our customers like,” Allred said.

The Johnson and Whales grad said he’s planning to attract both families and the college crowd with events such as corn hole tournaments, game nights, and a weekly bike night.

Allred is hopeful that Rollz Lounge will be ready to open in about three weeks, pending final repairs and inspections.