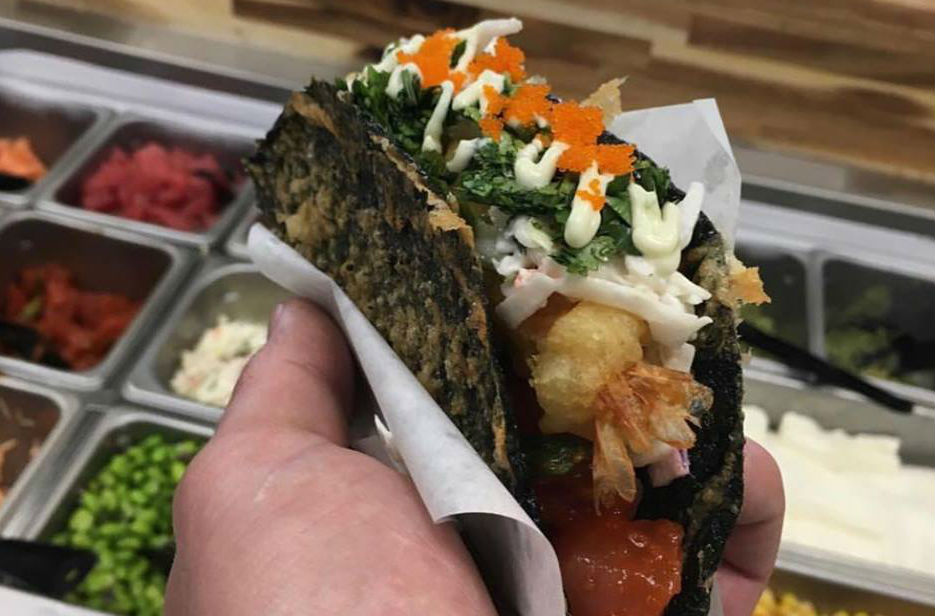 Roll On In's menu includes sushi tacos. (Photo courtesy of Roll On In)
Roll On In, a newly franchised concept featuring sushi bowls and burritos, has opened at 3224 N. College Road, the former home of Flaming Amy’s Bowl in North Chase.

With four corporately owned stores in the Cincinnati metro-area, founders John Kallenburger and Michael McCarthy and have partnered with Harry and Sandra Papanikolaou to open their first franchise location in Wilmington.

Harry Papanikolaou, who has worked with corporate chains such as McDonald’s and Burger King for more than 20 years, worked with local businessman Greg George of Emerging Franchises to research franchise opportunities.

The Papanikolaous said they were sold on the concept of Roll On In almost immediately, and visiting the Cincinnati locations helped to seal the deal. 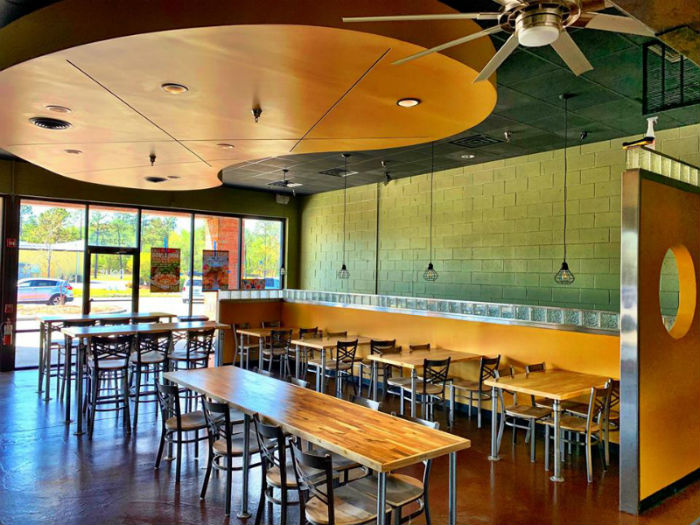 Roll On In’s menu includes create-your-own rice and noodle bowls, sushi tacos, burritos and nachos, bento boxes, salads and appetizers such as dumplings, spring rolls and crab Rangoon. Beer and wine are available, and the Papanikolaou’s will soon open a Buzzed Bull Creamery within the same space. Buzzed Bull, an ice cream shop specializing in hand crafted alcoholic and non-alcoholic ice cream, is another Cincinnati-based franchise.

“Because both are fun and unique concepts, we figured this would be a great marriage,” said Buzzed Bull Creamery co-founder, Colten Mounce. “The businesses won’t infringe upon each other, but will likely draw business to one another and we feel this is a perfect test market for that.”

Papanikolaou said that he is focused on getting Roll On In up and running smoothly, and hopes to open Buzzed Bull in about three to four weeks.

“We still have some things to work out, but overall we’ve had very positive reviews so far and even some repeat customers,”
Papanikolaou said.