Bagel Shop Coming Soon To The Pointe At Barclay 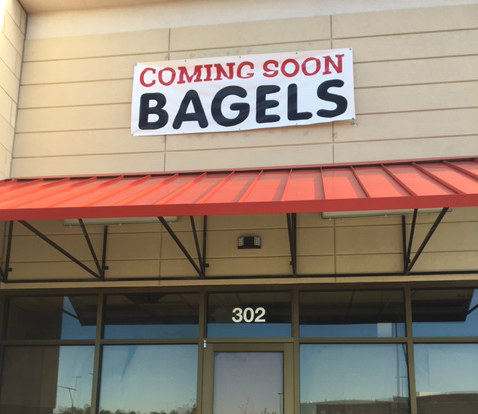 The midtown spot for Mr. Bagel Meister will be the third area location for the franchise founded by Phil Santomassi. (Photo by Jessica Maurer)
The Pointe at Barclay will soon be home to one of the area’s newest bagel shops, Mr. Bagel Meister.

The midtown spot will be another area location for the franchise founded by Phil Santomassi, who used to operate the first location in the Masonboro Commons shopping center at 6400 Carolina Beach Road. A Mr. Bagel Meister owned and operated by Donna Conroy and Michelle Fiorenza opened at 1328 N. Lake Park Blvd. in Carolina Beach in May last year.

Franchisee John Monaco relocated to Wilmington from New York last year, and immediately began seeking out the New York-style bagels and breakfasts he was accustomed to back home. He said he was drawn to Mr. Bagel Meister because of the quality of the bagels, and on account of their similar backgrounds, soon befriended Santomassi.

Having spent nearly 15 years working in high-volume deli’s in New York City, Monaco said the idea to open his own location was a “no brainer.”

“I love the product, and I developed such a great relationship with Phil that I really felt it was meant to be,” Monaco said.

Monaco said that he and Santomassi explored locations throughout Wilmington, before deciding upon The Pointe at Barclay.

“I think it’s something this area needs, and I’m really excited about the location,” Monaco said of the space that previously housed Duck Donuts.

Monaco signed the lease for the space in late December, and has been making some cosmetic updates and installing a custom display case. He is hopeful that pending final inspections, the new location will be open within the next few weeks.

The menu will be consistent with the Carolina Beach location, but Monaco said he will have the ability to run specials and incorporate new menu items over time.

The new Mr. Bagel Meister will carry 18 varieties of bagels and serve breakfast and lunch from 6:30 a.m. to 2 p.m. daily, with the possibility of extended hours in the coming months.

Mr. Bagel Meister at the Pointe will be located at 1611 Dusty Miller Lane.

Have a tip for Restaurant Roundup? Email [email protected]