After a long search for a name, de Jongh credits his daughter with coming up with mole by combining the “m” from his first name, Martin, with Ole’s name. They said they added "mad" to "mole" as a nod to their “mad scientist” approach to home brewing.

Like many in the brewing industry, the group has been homebrewing for the better part of the past decade. Worden purchased the building at 309 Boathouse Road, which will house Mad Mole, about a year and a half ago. The brewery will occupy about 2,000-square-feet of the 6,000-square-foot building that is just behind the Boathouse Restaurant at 6328 Oleander Drive. 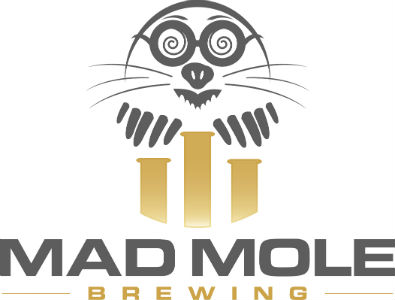 The brewery will operate on a seven-barrel electric system, which will be powered in part by solar panels. In an attempt to boost energy efficiency, many breweries, including Sierra Nevada’s Asheville location, are run primarily on solar power.

The system will be visible from Mad Mole’s taproom where there will be 12 beers on draft. The partners say there will be a focus on Belgians and IPAs, along with a rotating mix of other styles.

The majority of the brewery’s construction is complete, and the partners are beginning to install the brewing equipment. As soon as the system is up and running, they will begin brewing and are shooting for a March opening.

“We are hopeful that with Wrightsville Beach Brewery and Waterman’s Brewing nearby, that we can help create a beer destination in this part of town,” Ole Pederson said. “The local brewing scene has welcomed us with open arms and we are happy to soon be a part of it.”