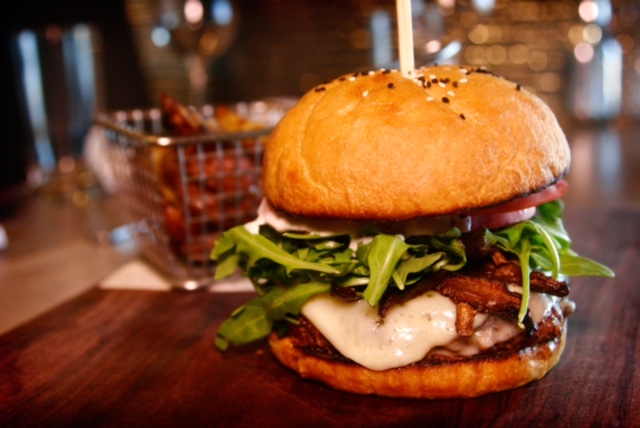 As one of the Top 5 winners, Taylor will be traveling to the historic James Beard House in New York City to showcase his blended burger along with the other winners at an event in January.

“I’m super excited to have won and would like to thank everyone who voted,” he said. “Having the opportunity to cook at the James Beard House is every chef's dream; it's a real bucket-list moment. I'm really looking forward to meeting the other chefs and having the chance to showcase my recipe and to bring a little recognition to a smaller town like Surf City.”

As for now, The Goomba is no longer on the menu, but Taylor said he will eventually bring it back as a promo.

In other news, OpenTable, the international online restaurant reservation service, recently named The Bistro at Topsail to its annual “100 Most Scenic Restaurants in America” list for 2017. The Bistro at Topsail, located at 602 Roland Ave. in Surf City, is the only eastern North Carolina restaurant on the list and one of only six in the state.