As Year Winds Down, Housing Market Continues To Cool 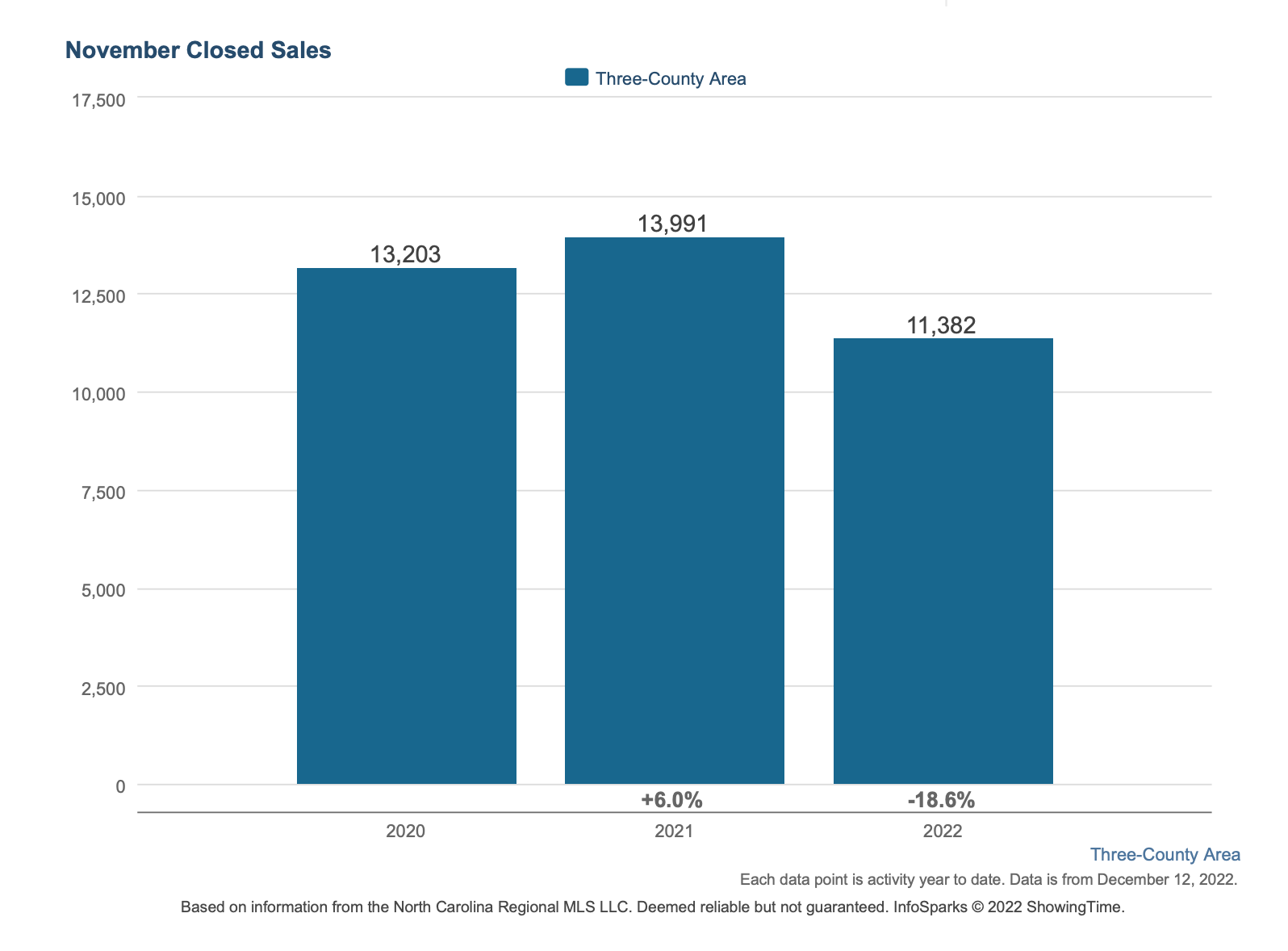 November year-to-date numbers for the Wilmington area show a decline in the number of homes sold but a nearly 19% increase (from $320,000 to $380,000) in the median sales price, according to a Cape Fear Realtors report.

“Activity typically slows down by the time winter comes,” said Ea Ruth, CFR president, in the report. “According to the most recent Real Estate Forecast Summit, Raleigh came in second place for cities that are expected to outperform other metro areas. I believe the market in the Cape Fear region will remain somewhat competitive and favorable due to the tight inventory and high demand to live and visit southeastern NC.

“Based on the history of the Cape Fear community, we can expect to follow the trends of Raleigh’s performance based on our proximity.”

Home sales in November alone indicated an ongoing cooling in the housing market, the report stated.

The effect of the higher interest rates can be seen in the heavy decrease of pending sales and the increase of months’ supply of inventory,” according to the report. “Even though there is a smaller decrease in new listings, buyers are delaying their home purchases in hopes interest rates will drop. This delay is causing many sellers to hold off on listing their homes due to weakening buyer demand.”

The number of single-family and townhouse/condos for sale in New Hanover, Brunswick and Pender counties continues to shrink with new listings down nearly 14% in November, the report stated.

On Wednesday, the National Association of Realtors shared November statistics for the U.S.

“In essence, the residential real estate market was frozen in November, resembling the sales activity seen during the COVID-19 economic lockdowns in 2020,” said NAR Chief Economist Lawrence Yun in a news release. “The principal factor was the rapid increase in mortgage rates, which hurt housing affordability and reduced incentives for homeowners to list their homes. Plus, available housing inventory remains near historic lows.”

"This marks 129 consecutive months of year-over-year increases, the longest-running streak on record," the national report stated.

“The market may be thawing since mortgage rates have fallen for five straight weeks,” Yun said in the release. “The average monthly mortgage payment is now almost $200 less than it was several weeks ago when interest rates reached their peak for this year.”