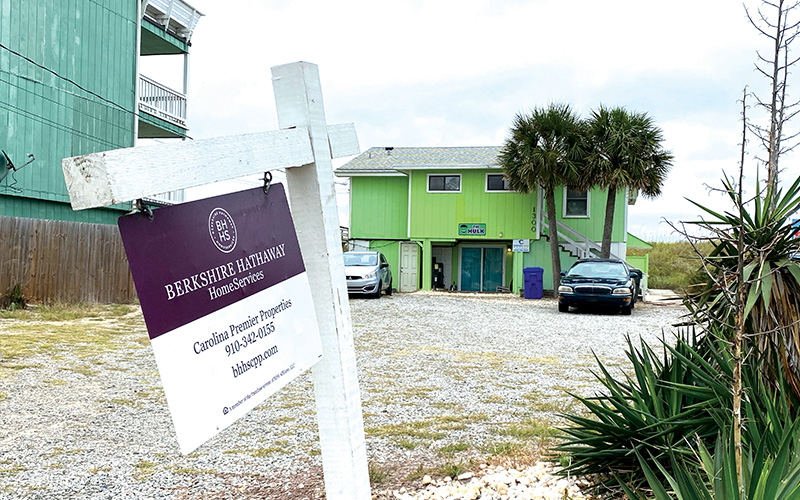 The housing market in the Wilmington area pumped the brakes in recent months, continuing to slow down heading into the fourth quarter after a manic run.

“The rising consumer prices and higher mortgage interest rates squeeze homebuyer budgets, which calms market activity. The cost of borrowing has reached a multi-year high as mortgage interest rates topped 6% for the first time since 2008,” according to a Cape Fear Realtors (CFR) report from the N.C. Regional Multiple Listing Service.

CFR year-to-date numbers, through November, show an 18.6% drop in home sales in New Hanover, Brunswick and Pender counties combined. The number of units sold dropped from nearly 14,000 in the same period last year to a little over 11,300 in 2022.

The overall U.S. housing market “is in a clear downturn,” a Nov. 23 Bankrate.com article stated. “Home prices peaked nationally in June 2022, when the S&P Case-Shiller U.S. National Home Price Index reached over 318 points and the National Association of Realtors’ median existing-home price for all housing types reached a new high of $416,000.”

In Wilmington, the market tends to fare a little better at times because of its quality of life, the area is still a more affordable coastal region than others in the U.S., and remote workers continue to call it home, according to Realtors.

“Activity typically slows down by the time winter comes,” said Ea Ruth, president of CFR, at the end of October. “However, I believe the market in the Cape Fear region will remain somewhat competitive and favorable due to the tight inventory and high demand to live in Southeastern North Carolina.”

In Brunswick County alone, sales had exceeded $2 billion by October, and more than half of the homes purchased during October were sold at or above list price, according to a report by the Brunswick County Association of Realtors.