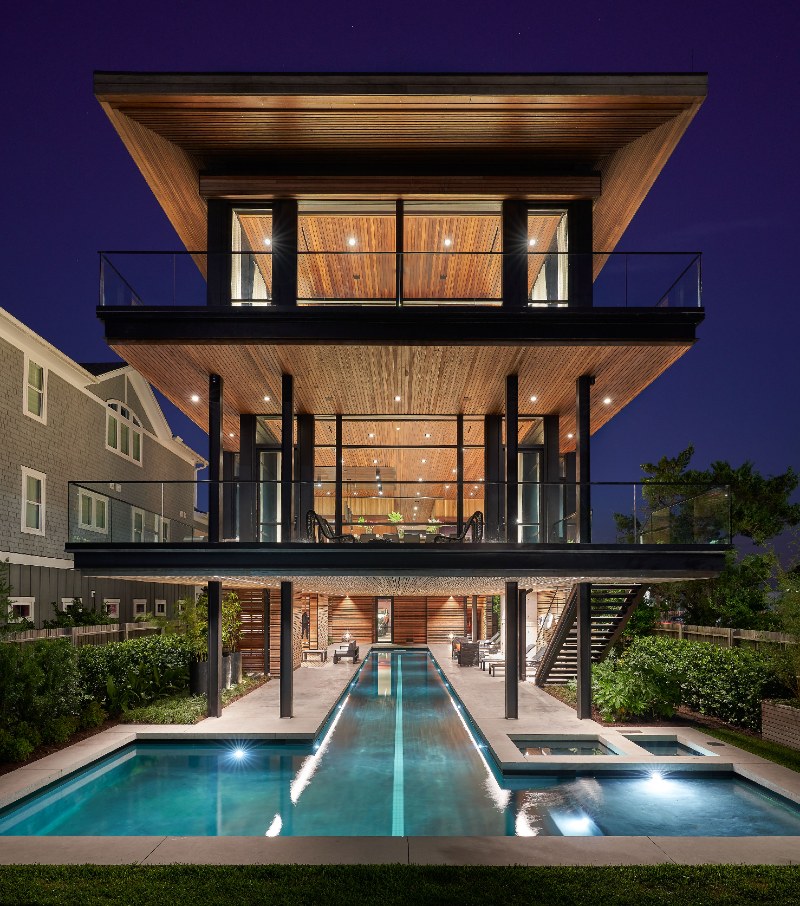 Withdrawn from an auction that was scheduled for Dec. 9, the home at 1 Auditorium Circle in Wrightsville Beach is still for sale for $13.9 million. (File photo)

The seller of a Wrightville Beach home, now listed for nearly $14 million, withdrew the house from an auction that had been set to begin Dec. 9.

The custom-built, 8,600-square-foot house at 1 Auditorium Circle, off Causeway Drive between the Intracoastal Waterway and the Atlantic Ocean, is listed by Wilmington-based Landmark Sotheby's International Realty and was going to be auctioned off through Sotheby's Concierge Auctions.

One of the owners, Chris Parker, who is founder and principal engineer of the Parker Group, has said the house was built in 2019 to withstand a Category 5 hurricane, incorporating 170 tons of structured steel and 167 concrete bridge pilings.

Nick Phillips, founder and principal broker of Landmark Sotheby's, said the decision to withdraw the house from the auction was a personal one for the seller. He said the current list price remains at $13.9 million.

"We had a strong field of bidders registered," Phillips said Wednesday.

A representative of Sotheby's Concierge Auctions said in an email, "In cooperation with listing agents Nick Phillips and Sam Crittenden of Landmark Sotheby’s International Realty, the auction of 1 Auditorium Circle generated over 750 global prospects, over 20 qualified showings, more than 29,000 webpage views, and 6 registered bidders in 37 days. Prior to bidding opening, the seller ultimately elected their right to withdraw the property from auction. It remains on the market and is available for offers."

The four-bedroom house, which has four full and two half bathrooms, was designed by Parker and the late Wilmington architect Michael Kersting.

The appraised value of the house, according to New Hanover County tax records, is nearly $9.7 million.