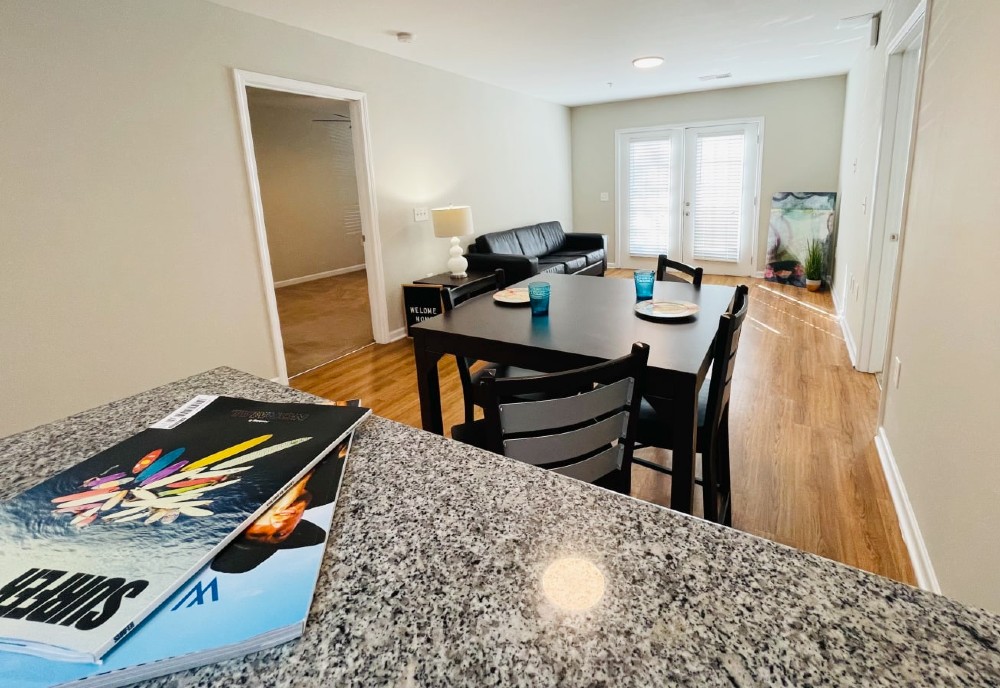 An Oasis at Cedar Branch apartment, where the complex has been converted from student into conventional housing. (Photo courtesy of Lucern Capital Partners)

Investors finished renovating two- and three-bedroom apartments in two Wilminton communities at the end of November on their way to converting them from student apartments to conventional housing.

The new owners, who paid more than $40 million for the properties, started “optimizing” the apartments in July, said Frank Forte, managing partner and chief investment officer of New Jersey-based LCP. Most of the students had vacated at that point to go home for the summer or to other complexes.

Forte said it made sense to convert the apartments because “you had great layouts, you had these properties that are beautiful, the amenities could be optimized, and most of all, the demand is there.”

The need for more student housing has been on the rise in recent years in Wilmington as University of North Carolina Wilmington continues to grow, but according to Forte, the demand for conventional housing exceeds student demand. In conventional leases, the academic year isn't a factor on the timing, but students can still lease an apartment in the Oasis communities.

At the Oasis apartment properties so far, potential and current residents have been giving positive feedback on the changes, Forte said.

“They love what's happened with the buildings. They love the fact that it is conventional, and they're very excited at the rent levels, which are intentionally targeted to be more affordable,” he said.

In addition to upgrading the apartments, improvements include redoing the fitness center and adding a grilling area, hammock stations and a dog park.

Now that the Oasis properties are converted, Forte said LCP is looking for more opportunities for investment in the Wilmington area.