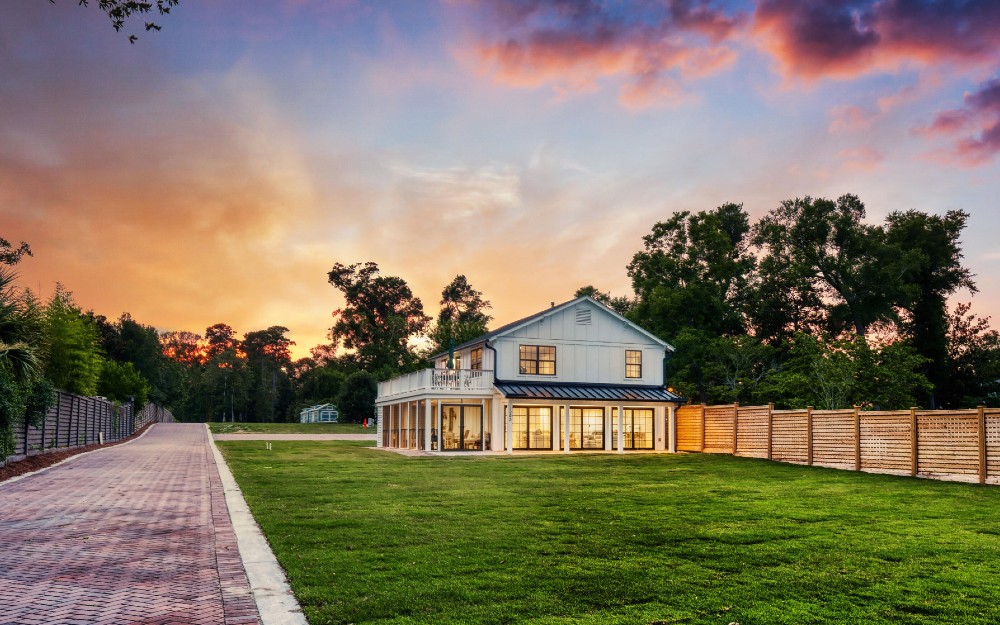 The home at 1205 Airlie Road sold for $5.225 million in October. (Photo courtesy of Intracoastal Realty Corp.)
A streak of increased sales in the luxury home market came to an end in October, but not by much.

For the first time in more than two years, sales of homes priced at $1 million or more in New Hanover, Brunswick and Pender counties decreased year over year, falling from 53 sold in October 2021 to 50 last month.

The combined value in October this year fell to $78.4 million from October 2021's total of $90.5 million, according to a report compiled by Wilmington-based Just For Buyers Realty.

"It almost seems a little unfair because last month was the second-best October ever recorded," said Scott Saxton, of Just for Buyers Realty, in a news release. "And if you were to look at those numbers, they're impressive. But when you view them in the context of this record-breaking streak, where month after month we witnessed gains in the luxury housing market, and now we see this dip, it says to me that if we're not seeing a slowdown, at least we are seeing a calming down."

The record sales streak started during the earliest days of the pandemic, according to the release. Lower interest rates helped to produce a nationwide housing market boom, with buyers in all price ranges experiencing heavy competition for available homes, the release stated.

"That was especially true in the luxury market where a number of people started to explore North Carolina in an attempt to escape some of the more crowded urban areas up north," the release said, which used statistics compiled from the N.C. Regional Multiple Listing Service. "During the streak, which lasted from May 2020 through September 2022, more than 1,400 luxury homes sold for a whopping $2.3 billion."

"Certainly the recent increase in interest rates could have played a role in slowing things down, and then it also could simply be that things just ran their course," he said in the release. "Having said that, I think when we look back at the record sales, we will see this streak as the time when the Cape Fear region really positioned itself on the luxury map."

According to the report, the most expensive home to sell in October is at 1205 Airlie Road in Wilmington. The three-bedroom, two-bathroom home was built in 1945 on 2 acres. Selling Oct. 24 for $5.225 million, it's one of only two homes on historic Airlie Road with a private pier. It was listed by Vance Young, of Intracoastal Realty Corp., and stayed on the market for only 53 days before going under contract, the release stated.

The home is the ninth property this year to break the $5 million sale price mark, according to the release.