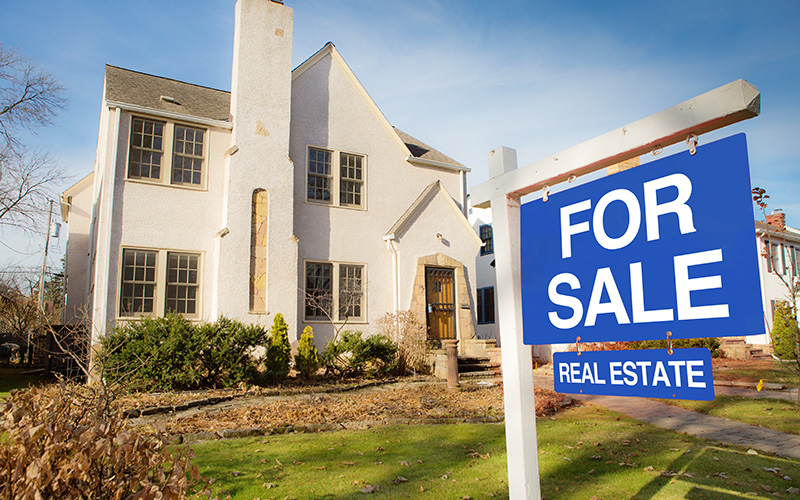 “I think we’ve got the media, which is saying the world’s coming to an end, and I think we’ve got real estate agents that definitely think it’s going to end,” he said in a conversation at the end of August.

But that’s not the case, Lesley said, as the world still contains consumers who need to buy and sell regardless of timing. But pricing is key.

Lesley, one of the top-producing agents in the region and one of the partners in new Wilmington-based agency Century 21 Vanguard, shared his take on some recent experiences.

“From my point of view, I’ve had my most productive month of my career in August of this year as far as contracts and listing-taking goes,” he said, “and September will be my largest closing month I’ve ever had.”

“When a property comes on that’s priced right, I’m getting bidding wars almost left and right again because the good inventory is selling very quickly,” he said. “The stuff where your neighbor got $100,000 over the appraised value back in March and now you think you can get the same thing – those have been sitting on the market three, four or five months.”

Some agents struggle with pricing choice.

“We are seeing stuff come on the market and then a price reduction because I think agents aren’t sure really what the sweet spot is right now,” said Ea Ruth, president of Cape Fear Realtors, in an interview in August. “There are still buyers out there looking, but what’s that sweet spot?”

Lesley said he expects move inventory to come on the market as some owners unload vacation rentals and more inventory can have an impact on prices. Realtors and sellers should take note of the number of homes for sale in a particular area before dropping or raising a price, he said.

On the buyer side, mortgage rates will always be at the forefront.

A National Association of Realtors blog post in early September stated, “Mortgage rates continue to escalate, moving closer to 6%. According to Freddie Mac, the 30-year fixed mortgage rate rose to 5.89%, surpassing their recent high in mid-June. As a result, the monthly mortgage payment is about 60% higher compared to last year. While borrowing costs have increased faster than people’s wages, buyers currently need to spend 10% more of their budget for their mortgage payment if they want to buy the median-priced home.”

When it comes to homes priced at $1 million or more in the Cape Fear region, one Wilmington-based realty firm sees trends potentially swinging the pendulum.

Although more homes in the luxury category sold in August this year than in August 2021, the total volume was down by almost $1 million – $96,018,443 this year compared to $97,011,399, according to a report compiled by Just For Buyers Realty from the N.C. Regional MLS. The report used the total of sales in New Hanover, Brunswick and Pender counties.

“This is just the latest sign that the leverage is moving back to the buyer,” stated Scott Saxton, of Just For Buyers, in the report released in early September. “A few months ago, we started to notice an increase in inventory of luxury homes – meaning buyers had more options. Then in July, we noticed a decrease in the number of luxury homes going under contract, and now we are seeing an overall dip in prices. What all that tells me is that this is once again becoming a more balanced market.”

“For the first time, luxury sales in Pender County hit double digits with 10 homes selling at prices of $1 million or more – its best month ever,” the report stated.

Saxton said, “Three of those sales were in Hampstead neighborhoods, away from the water.
That’s a sign that luxury buyers have fallen in love with this entire region and that is going to continue, not just in Pender County, but pretty soon you will see more and more luxury buyers looking at Onslow County too.”

August became the 27th month in a row, according to the report, when luxury home sales in New Hanover, Brunswick and Pender counties saw year-to-year increases. A total of 60 homes with a price tag of $1 million or more sold in the tri-county area last month, compared to only 54 in August 2021.

The most expensive transaction was for a concept home that has yet to be built on Wrightsville Beach, the report stated. The property at 15 Augusta St. closed Aug. 1 for $5.9 million.

The most expensive purchase of an existing home in August was in Wilmington’s Shandy Point neighborhood. The four-bedroom, four-bathroom, custom home is on a peninsula at 136 Skystasail Drive and measures more than 4,100 square feet, according to the report. The property was listed by Vance Young of Wilmington-based Intracoastal Realty Corp. and closed for $3,875,000.

As for prices in the market in general, Lesley said he thinks the industry will see prices level off over the next few years, possibly even dropping by as much as 10%, but nothing like what happened as a result of the Great Recession more than a decade ago.

“In this bubble we had earlier this year [homes going under contract for unusually high prices from January to March], it was only cash buyers buying or people putting 20% down and paying an extra hundred grand. They’re already sitting on 30 or 40% of equity, so if the market does pull down 10%, they’re not going to foreclose because obviously they still got 20-30% of equity left.

“We’re not going to see that major crash from a financial foreclosure point of view.”