For The PODS People, Wilmington Area Ranks 6th In Nation As Moving Destination 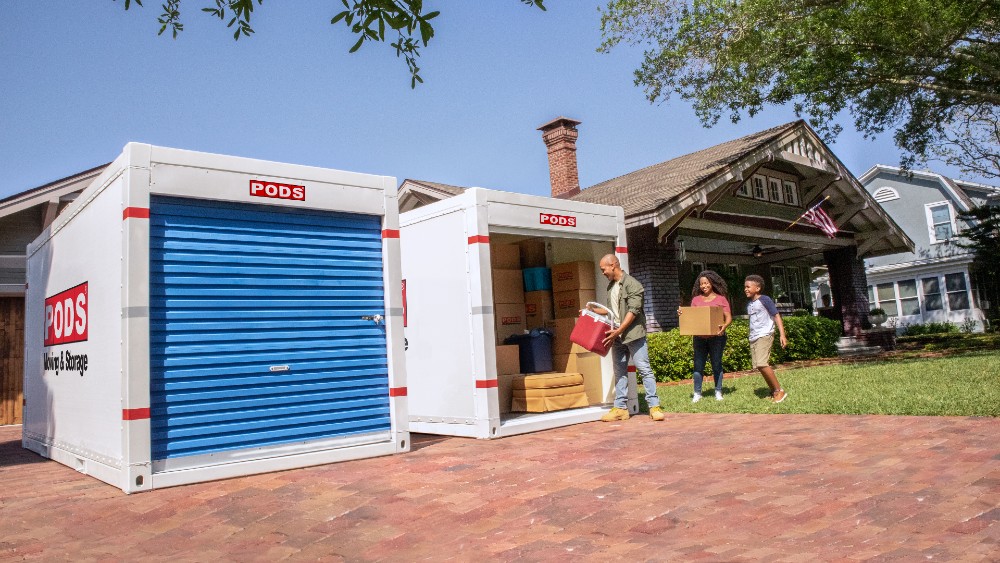 A PODS trends study ranked its Wilmington/Myrtle Beach, South Carolina market as No. 6 among moving destinations last year and into this year. (Photo courtesy of PODS Enterprises)
A national moving and storage firm ranked an area encompassing Wilmington and Myrtle Beach, South Carolina, as one of the top 20 moving destinations among its customers in 2021 through early 2022.

PODS Enterprises LLC, founded nearly 25 years ago and headquartered in Clearwater, Florida, released its second annual trends report this week. The report lists the PODS market region of Myrtle Beach-Wilmington as No. 6 in moving destinations behind No 1. Sarasota, Florida; No. 2 Dallas-Fort Worth, Texas; No. 3 Nashville, Tennessee; No. 4 Tampa Bay, Florida; and No. 5 Ocala, Florida.

PODS delivers containers to customers' dwellings for use as storage or for relocating.

The Wilmington-Myrtle Beach PODS market, which includes Brunswick County, beat Knoxville, Tennessee (No. 7); Atlanta (No. 8); Orlando, Florida (No. 9); and Phoenix, Arizona (No. 10).

“We're not sharing specific numbers for each area, but I can share that we evaluated nearly half a million long-distance moves to put together our list of the top 20 destinations where our customers are moving to,” said Trent Brock, brand communications manager for PODS.

On last year’s list, the Wilmington-Myrtle Beach PODS region ranked No. 7, he said.

“That really supports what we're seeing with a lot of our other areas that are seeing growth,” Brock said of the local ranking. “People are relocating to the south, and the Southeast in particular, and I think that can be attributed to a few different things. Historically, states like Florida, Georgia, North Carolina, South Carolina and Tennessee, for example – they have lower costs of living; the weather is better in these states; there's less volatile seasonal changes. And of course, there's more space and access to nature.”

Wilmington has ranked on such move-in lists before, and although the studies from moving companies are based just on those companies’ customers, many real estate industry professionals say they’re useful as anecdotal evidence and confirm what they already know about the region’s popularity.

Asked why PODS conducts the trends study, Brock said, “We think it's good to share this sort of information because right now we're all kind of curious to know where people are relocating. That's been a big topic over the last two years with the pandemic. But I think, too, people are interested in knowing where people are moving because they may also be considering those places as well.”