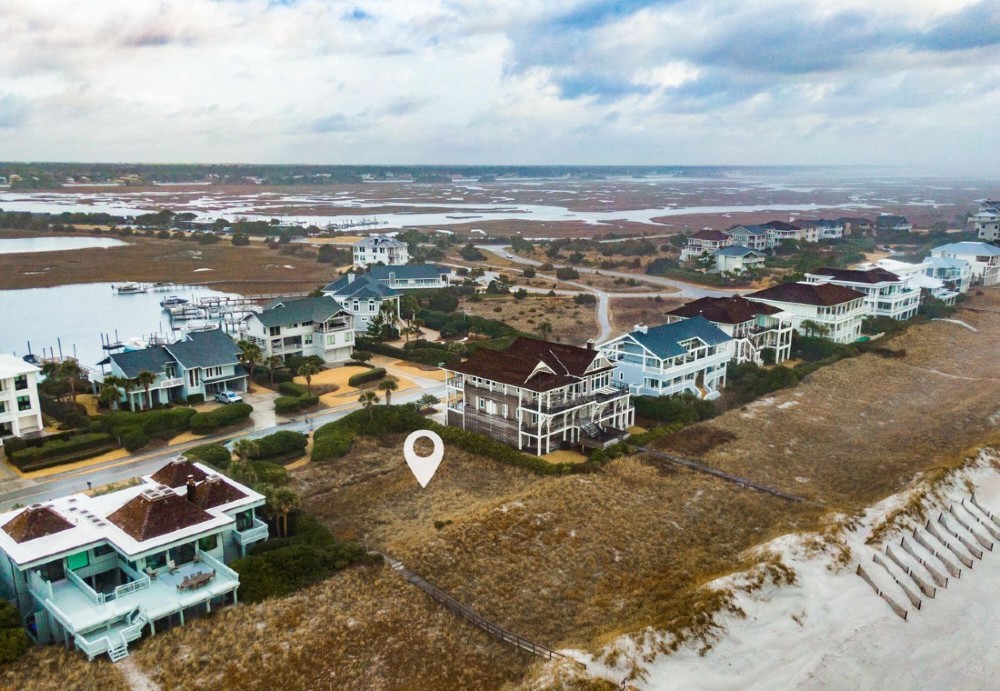 The lot at 12 Beach Road South on Figure Eight Island sold for a little over $5.1 million in a deal that closed this week. (Photo courtesy of Landmark Sotheby's International Realty)
For luxury home specialist Nick Phillips, a recent rare lot sale highlights a trend in the Wilmington area.

The vacant lot at 12 Beach Road South on Figure Eight Island sold this week for a little over $5.1 million, according to a news release from Phillips' Wilmington-based firm, Landmark Sotheby's Interational Realty. The sale marked the highest sale price on record for a single-family oceanfront lot in New Hanover County, the release stated.

A deed recorded Wednesday shows the property was purchased from the Blanche R. Bacon Revocable Trust by Segar and Gildin family trusts.

“I believe this sale is indicative of the current market level for these types of properties. There has not been a trade of an oceanfront lot on Figure Eight for a couple of years, and there were five buyers with competing offers for this parcel when it was offered to market,” Phillips said in the release.

The release said the highest residential sale to have taken place on the island was the home at 8 Beach Road South, which closed Aug. 6 last year for $5,712,000, according to the NC Regional MLS.

“I think that it is very possible that we will soon begin to see some waterfront homes selling above $10,000,000 in New Hanover County,” Phillips said in the release. “We certainly have properties in the county that are worthy of that price level. When you look at other coastal markets in the Southeast, I believe the New Hanover waterfront is still undervalued by comparison,”

According to the release, the highest residential sale in New Hanover County in 2022 to date, was the property at 7319 Carolina Beach Road in Wilmington, which closed for $5.9 million on Jan. 31. Both buyer and seller of that transaction were represented by Duane Burnette of Landmark Sotheby's and Phillips.