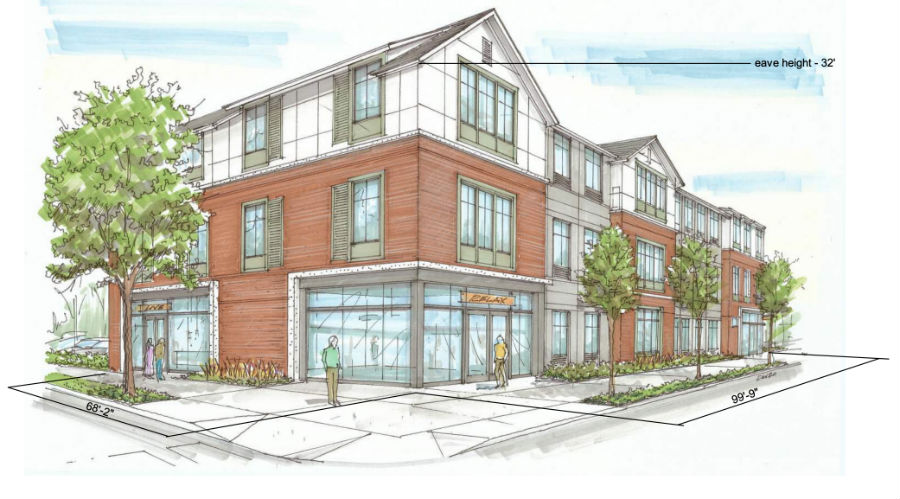 The three-story structure called Ardmore includes 25 units with a mix of studios/lofts and one- and two-bedroom apartments, said developer Dave Spetrino, president and founder of Wilmington-based PBC Design+Build.

"We’ve placed two commercial spaces (about 1,700 square feet) on the ground level for neighborhood shops/services along with a small outdoor courtyard/gathering space," Spetrino said in an email Thursday describing the development.

"In 2018, Glenn Harbeck introduced me to the 'Missing Middle [Housing]' movement as it relates to infill development and encouraging walkable/ connected neighborhoods for a mix of income ranges. It immediately resonated with what we believe is an important but overlooked form of infill development," Spetrino said. "Much of the design, placement and product type for Ardmore is geared to a resident who also sees the value in living within a walkable, vibrant neighborhood."

"We’re currently working our way through the technical review process with City Staff," he said "We hope to be in a position to apply for building permits in late November/early December and ideally welcome new residents by the fall of 2021."

He said financing for the project is being provided by First National Bank.

Construction is underway for another of Spetrino's projects, The Crown (rendering below), on the corner of S. 10th and Castle streets on a site bought in 2004 from the Luther Jordan family, Spetrino said.

"Our goal at that time was to replicate some of the mixed-use projects we were doing along the N. 4th corridor (namely, we wanted to replicate the Mercantile Building at 713 N. 4th)," Spetrino explained in the email. "The project got pushed to the side, then the recession, then a million other things - but we were glad to activate that site and hope to use it as 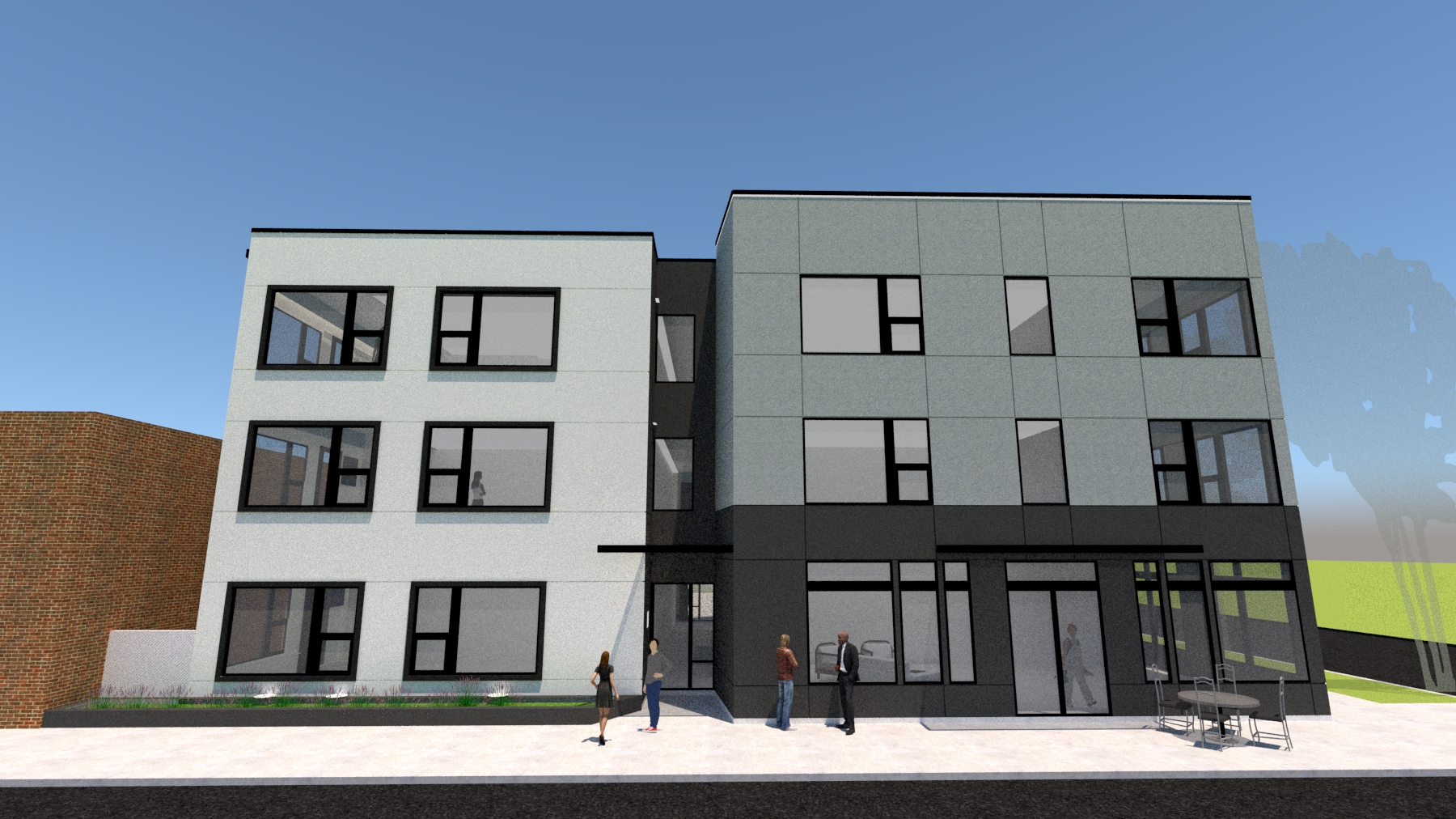 momentum for some of the other planned projects that are happening between 5th and 18th along Castle."

The Crown is three stories with parking in the rear, he said. Seventeen units are residential with the same mix as Ardmore and with a commercial storefront at the corner of Castle and 10th streets of about 1,000 square feet.

"Construction is underway," Spetrino said. "We hope to be welcoming our first residents in April 2021."

The architect is Rob Romero, who Spetrino said has been "instrumental in the Kids Making It addition that we were involved with at Castle and 6th."

Financing for The Crown is being provided by First Carolina Bank, Spetrino said.