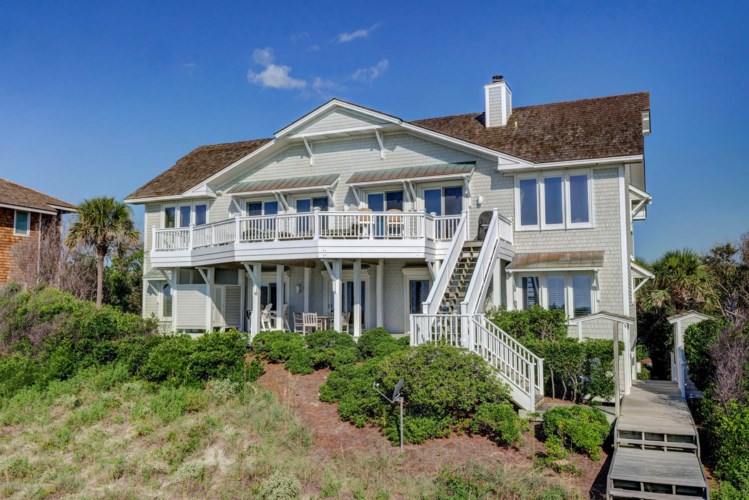 In New Hanover, Brunswick and Pender counties, 47 homes sold for a combined value of $82.2 million, stated the release from Wilmington-based Just For Buyers Realty. That breaks the record set in June 2005 when 40 homes sold for a total of $60.9 million.

For the purposes of the report, compiled from the N.C. Regional Multiple Listing Service, luxury homes are defined as those priced at $1 million or more.

“By many standards, it has been a remarkable summer,” said Kathleen Baylies, broker in charge of Just For Buyers Realty, in the release. “Since the beginning of May, 116 luxury homes have sold in this area. Luxury sales were quite impressive during the real estate boom years of 2005 to 2007, but 2020 is on track to be the new record-setting year.”

The single most expensive sale was of 264 Beach Road North on Figure Eight Island, listed by Buzzy Northen of Intracoastal Realty Corp.

"Somebody pushed the go button and the market's been really, really strong through the summer," he said. "Usually the summer is not the time to sell luxury properties at the beach because everybody's enjoying their house, especially during COVID times."

But this summer, homeowners have wanted to take advantage of the seller's market, and inventory on Figure Eight is at historic lows, Northen said.

"We have no inventory to sell right now," he said.

On Aug. 1, there were four $5 million and above homes, all oceanfront, that were new to the market at Figure Eight, Northen said. Before Sept. 1, all four were under contract.

The 5,000-square-foot oceanfront home at 264 Beach Road North has five bedrooms and five and a half bathrooms. The home was on the market for a year before it closed Aug. 23 for nearly $3.8 million.

Another 48 luxury homes went under contract in August. Those pending sales include six homes in New Hanover County with asking prices of $4 million or more.

The release stated, "Depending on when those transactions are finalized, the record that was set in August may be broken in September."