Along S. Kerr Ave., Apartments And Commercial Space In The Works 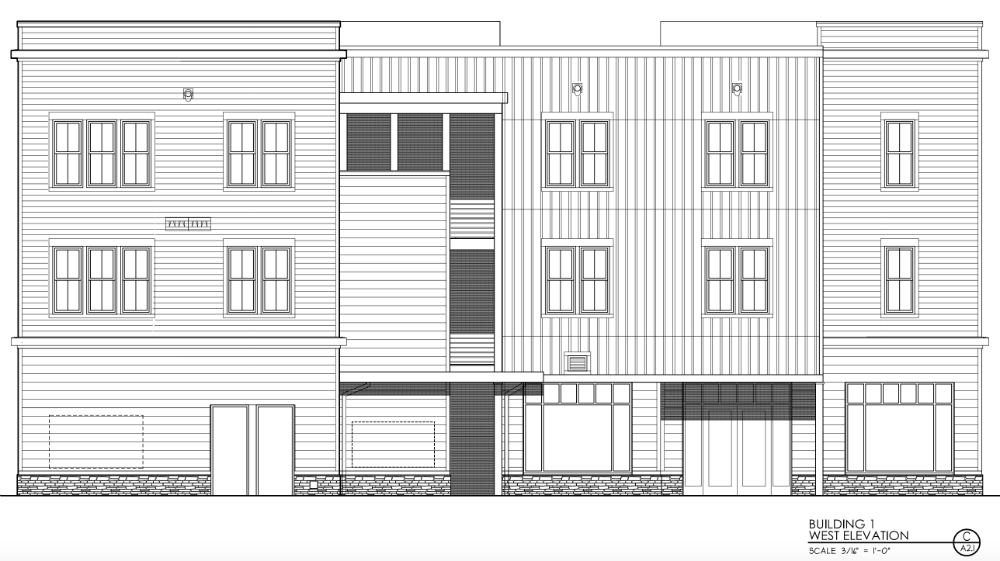 Dubbed The Varsity, the project by Real Properties LLC is in the midst of the city's technical review process.

The one- and two-bedroom apartments will be part of three buildings, standing three stories high, at 611 Varsity Drive and 724 and 716 S. Kerr Ave.

Matt Scharf, owner of Real Properties LLC, said part of the commercial space is expected to hold a coffee shop, while the remaining space will have offices, including an office for Real Properties.

"There's commercial on the ground floor of two of the buildings that face South Kerr Avenue and then the third building is larger and doesn't have commercial underneath," Scharf said.

In the apartment portion, "we're considering doing some short-term rentals and some corporate housing," Scharf said.

He said the complex, which will sit on a 1.3-acre site, has a water feature and is planned to include a gazebo and fire pit.

"There's a creek that runs behind the property and it's about 15 feet wide," Scharf said. "It's real pretty. The idea is that the residential part backs up to that."

The site not far from the University of North Carolina Wilmington also backs up to event space underway at Wilmington Brewing Co. on South Kerr Avenue.

The Varsity is scheduled to be discussed during the July  2 meeting of the city's Technical Review Committee. Frank Smith at Smith 2 Architecture is the architect for the project.

Scharf said he hopes to get construction started on The Varsity in July with the idea of finishing by April of next year.