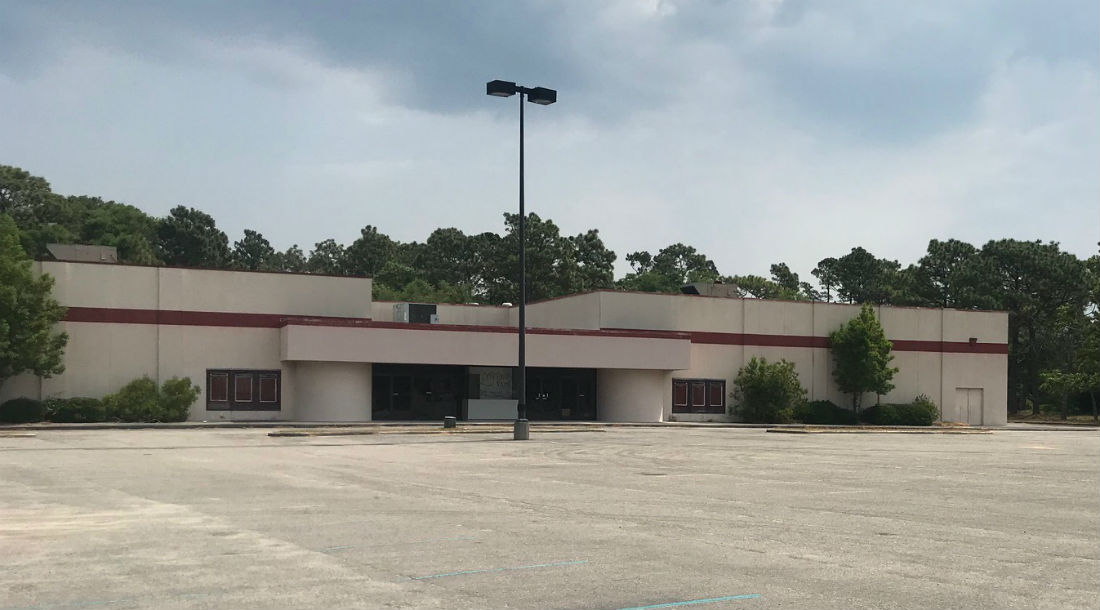 A site that includes the former Carmike Cinema movie theater on Oleander Drive could be redeveloped into an apartment complex that includes some commercial space, according to site plans submitted to the city of Wilmington. (Photo by Cece Nunn)
Evolve Companies, a Greensboro-based student and conventional housing development firm, has submitted plans to the city of Wilmington for technical review for Oleander Commons, a 223-unit apartment complex on a site that includes the long-vacant former Carmike Cinema.

As described in previous submittals, the site plans show four-story buildings expected to include 86 one-bedroom, 113 two-bedroom and 24 three-bedroom apartments, along with 5,600 square feet of commercial space. 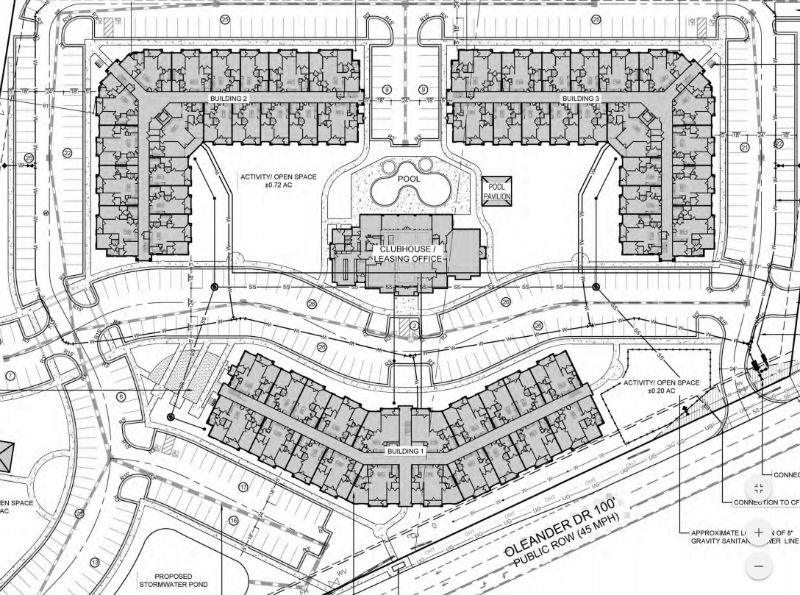 A rezoning request to change the designation of the property at 5335 and 5429 Oleander Drive from Community Business District to O&I-1, an office and institutional district, was approved by the Wilmington City Council on April 16.

The owners of the 8.9-acre site are Oleander Investments LLC and Neil Realty Co. of Kinston.

Efforts to reach a representative with Evolve Companies for more information about the project were not immediately successful Thursday.

According to the city's project tracking website, the city's Technical Review Committee is expected to discuss the plans June 13.