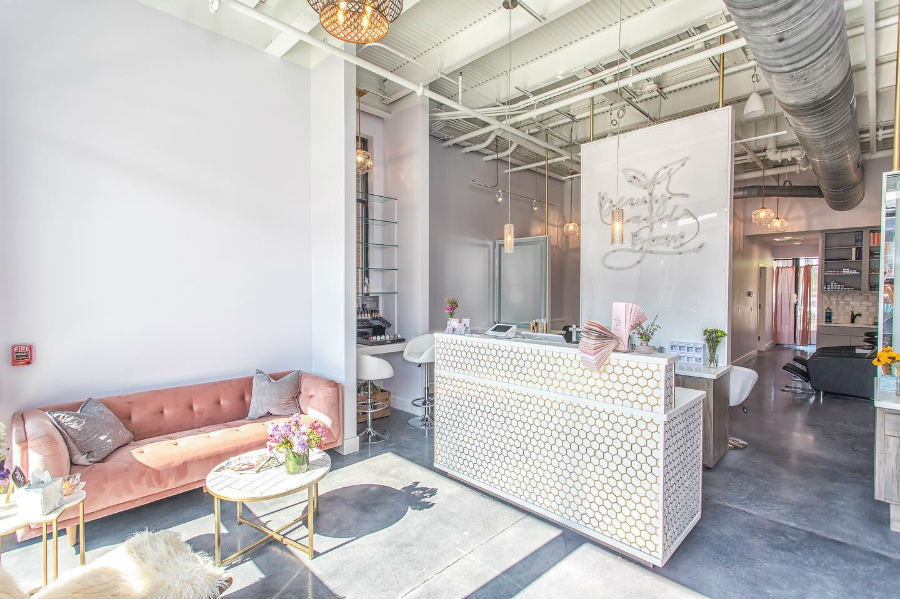 Beauty and Bloom, a new beauty salon and floral boutique, opened its doors this week at the Container Building, an 8-unit commercial structure at 1540 South Second Street.

"We offer other services such as waxing, spray tans, facials, makeup flower crowns and arrangements," Shi said in an email. "We also have a mobile wedding business called beauty crew mobile where we perform on-site hair and makeup services. The South Front District has such a fun, urban, come-as-you-are feel and that's the demographic we're going for."

“As with most of Wilmington’s multi-family industry right now, and even before the storm, we had very high occupancy,” McDonough said. “When a unit becomes available it’s not available for very long. We have extremely high occupancy almost all the time.”

Three businesses will be opening at the South Front District in the next 30 to 60 days, she said.

Those include CustomEyes, an optical boutique; a second space for New Anthem Beer Project for distribution as well as a brewery; and Native Salt Cave & Wellness, McDonough said.

Native Salt Cave, which provides Himalayan salt caves for therapy, is building two caves, one which will serve as a massage treatment room and a children’s cave and the other will be for adults to sit and relax, said co-owner Andrea Kearns.

"We decided to open Native Salt Cave after witnessing all of the positive, often life-changing, effects that halotherapy can bring to people of all ages in a completely natural and holistic form," Kearns said. "The South Front District property luckily fell into our laps literally one day while researching commercial spaces for rent. After hearing more about the other businesses, we realized we were a good match and the vibe around South Front was exactly what we were looking for."

Kearns will open the family-owned business with husband Morgan Roman and aunt Kris Sako, who noticed a need for a salt cave in Wilmington.

With all those residents and businesses currently occupying the district, there are some vacant spaces.

Tribute Properties “has expanded their vision into more than 35,000 square feet of industrial mixed-use space, like nothing else in Wilmington or the surrounding area,” as stated on the Tribute properties website.

Tribute Properties also owns residential homes on Willard Street, which, McDonough said, officials are still developing plans for those locations, adding that they would like to expand the district closer to the Greenfield Lake Park.

“It would be an exceptional opportunity to do something there,” she said. “Officials have spoken to restauranteurs to utilize those houses to make restaurants that would back up to the park, as well as possible bottle shops and retail spaces. They are exploring a lot of ideas.”

The free Wilmington trolley that goes to the South Front District has been a benefit for both residents and visitors, she said.

“It’s been a real pleasure to be involved in this area because it has grown so much and has so much rich diversity,” she said. “We have some great residents that live down there. We feel really lucky that we have been able to really work with our commercial tenants to create the right fit for how our community would develop.”