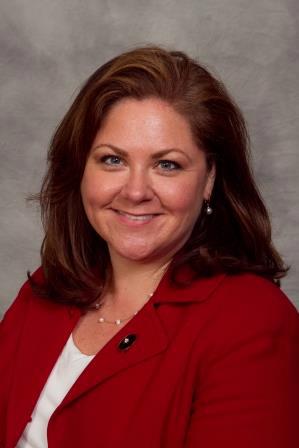 The association hired Anne Gardner as its CEO, according to an announcement Thursday. The news comes nearly four months after the group's previous chief executive, Taylor Oldroyd, was released as CEO.

The executive vice president of Realtors Commercial Alliance of Southeastern North Carolina, Jo Anna Edwards, was serving as interim CEO after the departure of Oldroyd, who was subsequently hired by a Wilmington developer.

Gardner was previously CEO of the Charlottesville Area Association of Realtors, one of the largest trade organizations in central Virginia, for nine years, a CFR news release stated.

“We’re proud to announce that after an extensive search by our CEO Search Committee – made up of strong real estate leaders – we have successfully hired Anne Gardner, who is a proven leader and has an impressive track record leading real estate organizations,” said Sherri Pridgen, president of CFR, in the release.

Of the new CEO, Pridgen said, “We look forward to Gardner’s strong and experienced leadership, and to the further growth and direction of the association. With an engaging personality, Gardner will be the dynamic face of the organization both internally and externally during our association’s next chapter. We believe Gardner is the right person for the job as our 100th year as an association draws closer.”

Gardner has nearly 20 years of experience in leadership in real estate associations, including the Northern Virginia Association of Realtors, with 13,000 members.

"As vice president of education and business specialties, Gardner transformed an education program into a proven revenue center for the organization," the release stated.

Her work included developing new revenue streams and sponsorship campaigns that led to $250,000 in annual non-dues revenue, and launching two satellite offices, which became self-sustaining in fewer than six months, according to the release.

“The opportunity to join such a dynamic and respected organization as the Cape Fear Realtors is an exceptional opportunity," Gardner said in the release. "I am thrilled to contribute to their incredible work on behalf of property rights, consumer representation and homeownership in the Cape Fear region. I share the vision and commitment of the leaders and members of CFR to be an innovative resource and advocate for our industry and a trusted voice for real estate in our community.”

According to the release, her accomplishments as the Charlottsville association leader included: establishing a cooperative multiple listing service (MLS) with neighboring Realtor associations and doubling the MLS’s reach; improving member engagement and delivering a 75 percent increase in participation since 2017; and analyzing and realigning association and MLS services to meet shifting demographics, which led to the introduction of seven products.