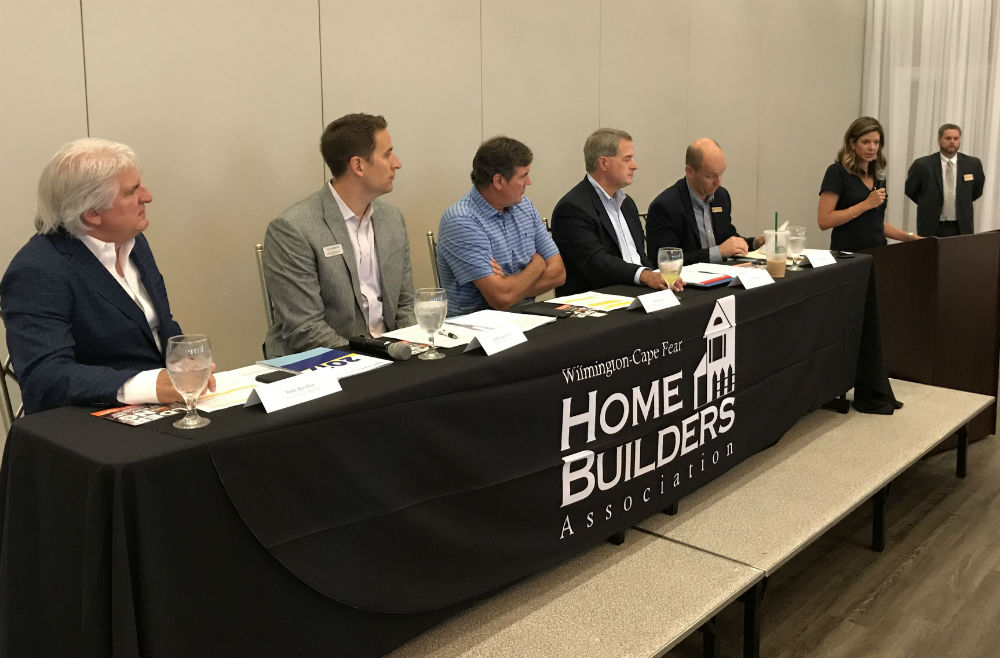 Realtors described current market conditions and future expectations during the Broker Breakfast Roundtable, presented by the Wilmington-Cape Fear Home Builders Association's Sales & Marketing Council. (Photo by Cece Nunn)
The home sales industry in Wilmington is thriving and expected to continue to grow in the near future, but challenges include rising building costs and a dwindling inventory of homes in the price points buyers want the most, Realtors said during a panel discussion Thursday.

Barefoot, speaking during the event at The Terraces on Sir Tyler, cited the merger of CalAtlantic and Lennar, which he said will be building 1,200 new homes in the Triangle.

"One reason they're merging is to obviously capture market share," he said. "The other reason is that the price of lots are getting high, here as well. . . . they're seeing their profit margins are getting squeezed. So I think you'll continue to see some consolidation in the market."

"We've got some areas of the market in zip codes and neighborhoods and price points where we've got less than two months, less than three months of inventory. And that's a very low amount of inventory," said Ladd Gasparovic, operating principal of the Wilmington-based Keller Williams office.

Prices continue to rise in some parts of the region. In New Hanover County, for example, the median sale price of homes increased 15 percent in June to $293,000 compared to $255,000 in June last year, according to statistics released Thursday by Cape Fear Realtors.

Brad Hunter of Coldwell Banker Sea Coast Advantage said surrounding counties, including Pender, Brunswick and Onslow, are seeing more growth because of the affordability of those areas.

"It's pushing to these other markets," Hunter said.