For RiverLights, Company New To Area Will Build Age-qualified Homes 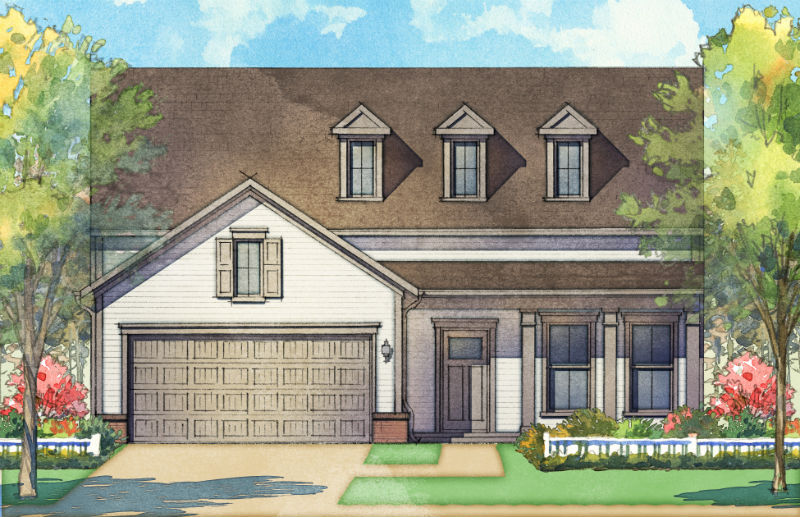 An rendering shows a type of home that will be built in Del Webb Wilmington, the age-qualified portion of RiverLights on River Road in Wilmington. (Courtesy of Pulte Group)

The exclusive builder for the age-qualified portions of RiverLights, a master-planned community on River Road, is new to the Wilmington area.

Del Webb Wilmington, whose parent company is publicly traded Pulte Group (NYSE: PHM), expects to break ground on model homes within the next month and start pre-sales in late August for houses with prices starting in the mid-$200s, said Charlie Tipton, Coastal Carolinas division president of Pulte Group, on Thursday.

Del Webb Wilmington homes will be limited to owners ages 55 and older, and the age-qualified community will, at full build-out, consist of about 500 houses, out of the 2,500 or so homes planned in all of RiverLights.

Tipton said his company wanted to enter the Wilmington market because location is key for the Del Webb target market of active adults who are ready to retire or almost ready and looking for their retirement destination.

"What we loved about Wilmington is it provides culture, entertainment and the natural amenities that the retiree is looking for," Tipton said.

The community is expected to celebrate its grand opening in October, according to an announcement Thursday morning.

"Del Webb Wilmington represents our new, more intimate community design that provides the great active adult lifestyle Del Webb communities are known for and with convenient access to the entertainment, shopping, dining and other amenities of the nearby city," said Ryan Marshall, president of Pulte Group, in the announcement.

The community will be built in five phases, with at least 11 floor plans ranging from about 1,260 to 2,560 square feet for buyers to choose from. ​

"By managing the acquisition of lots over time, we can more efficiently match development of the community with the pace of sales," Marshall said.

RiverLights as a whole is under development by Newland Communities, which announced the community's conventional neighborhood builders in February. In addition to about 2,500 homes, the entire community will also include public parks, a 38-acre freshwater lake, commercial space and other amenities.

Owned by a business entity of North America Sekisui House LLC (NASH), RiverLights is one of 30 assets the NASH-Newland partnership owns or manages together in 14 states across the U.S.