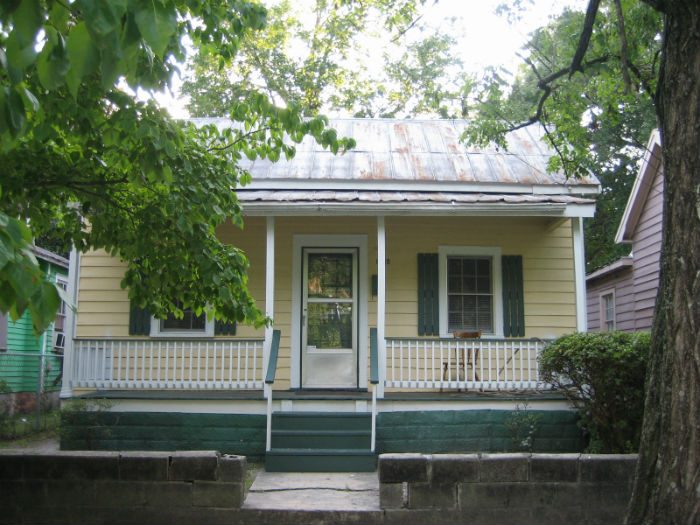 Olson Portfolio 2 LLC, whose managing members Amariah and Larry Olson are from Wilmington but now live in Atlanta, bought 83 houses with a total of 93 units for about $4.9 million, according to an announcement from Cape Fear Commercial.

All of the homes were previously owned by companies affiliated with Wilmington-based Real Properties. Matt Scharf, managing partner of Real Properties, said Tuesday that a majority of the homes are located between Seventh and 17th streets and are two- to five-bedroom houses mainly built between 1910 and 1925.

“This sale was complicated and unique, and it required a very specific buyer who not only had knowledge of the local market, but also had the experience and capability of purchasing a portfolio of this size,” Loukas said in an email Tuesday.

Scharf said his company began buying the properties about 12 years ago.

“All of them were renovated and restored. They were the ultimate recycling – we didn’t build new houses; we renovated the existing stock," Scharf said referring to himself and his partners. "The goal was to have affordable housing downtown."

Under Real Properties, the homes were offered at rents that fell about 25 percent below the market rate. Scharf said the advantage of lower rental rates was stable occupancy, with many renters living in the properties for several years.

The properties are in high demand, particularly because of their affordable rates, Loukas said in the release, and the average occupancy for the portfolio has been close to 97 percent. A large portion of the portfolio has Section 8 tenants, and Section 8 houses are in limited supply in the area, he said.

Scharf said the company was able to purchase many homes in the beginning with the help of First Bank, later relying on the company’s cash and that of investors to buy additional properties after the economic downturn started around 2008.

Real Properties’ efforts to save the houses and turn them into rentals were also boosted by a relationship with contractors, maintained even after the housing bubble burst, he said.

George Edwards, executive director of Historic Wilmington Foundation, said Scharf received a Thomas H. Wright Lifetime Achievement Award about six years ago from the foundation “for his significant body of work in restoring houses, which we would call the ‘housing stock’ of the city ... He’s restored literally hundreds of these houses.”

Edwards said many of the properties included in the recent sale, if not all, might have been demolished had Scharf’s company or someone else not stepped in to restore them.

Scharf said he and his partners were able to take advantage of federal and state historic preservation tax credits on about 40 percent of the properties bought by the Olsons, applying for the credits whenever the amount of work necessary met the guidelines.

For those who want to learn more about state historic preservation tax credits, Historic Wilmington Foundation on Saturday is offering "Live in a Landmark," its fifth workshop in the Preservation for Profit series.

The workshop, to be held 8:30 a.m.-12:30 p.m. Saturday at City Hall, 102 N. Third St., is a "comprehensive review of the process of buying and rehabilitating an historic home using the new North Carolina tax credits and incentives, as well as a review of historic districts, financing, insurance, energy efficiency of historic buildings and project planning and design," according to a news release. A site visit to a house that recently used the state tax credits for rehabilitation may be on the itinerary, Edwards said Tuesday.

“We hope to increase community awareness of the incentives available to homeowners in historic districts throughout the region and how to plan a successful rehabilitation of an historic house,” Edwards said.

Workshop participants will gain knowledge about the incentives and standards applied to rehabilitations, about project planning and construction costs, financing and mortgage options, and insurance for older houses, according to the Historic Wilmington Foundation. The list of professionals presenting include staff from the N.C. State Historic Preservation Office, the City of Wilmington planning, development, and transportation departments, bankers, architects, contractors and insurance professionals.

The workshop is $25 if an attendee registers before Wednesday, or $10 for Historic Wilmington Foundation  members. Starting June 1, the cost is $30.