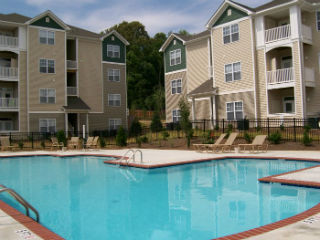 The property, called HunterStone, is one of the only apartment community options of its size in Leland and is in walking distance of shopping, dining and other services, said Mark Johnson, a broker with Coldwell Banker Commercial Sun Coast Partners, in a news release.

The seller was Hunter Ridge Apartments LLC, for which Mark Maynard of Tribute Properties and developer Nathan Sanders are listed as managers in documents on the N.C. Secretary of State’s website. Tribute Properties manages the complex, which sits on about 26 acres and was built around 2005.

Johnson, broker Janet Rose, also of Coldwell Banker Commercial, and RoseMark Commercial Group represented the buyer, Hamilton Point Investments, in the transaction. The new owner's headquarters are in Old Lyme, Connecticut, according to the company's website.

“The firm owns several similar properties across the country and places funds into stabilized, high-occupancy assets,” Johnson said in the release.

Hamilton Point are interested in the Carolinas, Johnson said, because larger markets are getting prohibitively expensive to provide a return on investments.

Brunswick County is growing at a rapid pace, Johnson and Rose said in the announcement. Additional multi-family, mixed-use and commercial development is expected in the Leland area, they said, referencing a recent 60-acre sale in Leland and a 200-acre multi-family parcel near Hunterstone.

“This type of investment in the area of Leland is a clear indicator that the market is strengthening, and that the investment community understands the value that the Southeast region holds,” Rose said in the release.

Rose and Johnson are also the listing agents for a 30-acre riverfront mixed-use parcel next to the Isabel Holmes Bridge that has a view of downtown Wilmington.

“The developers we are working with are looking to control large parcels and start building as soon as they close on the deal,” Johnson said in the apartment sale announcement.