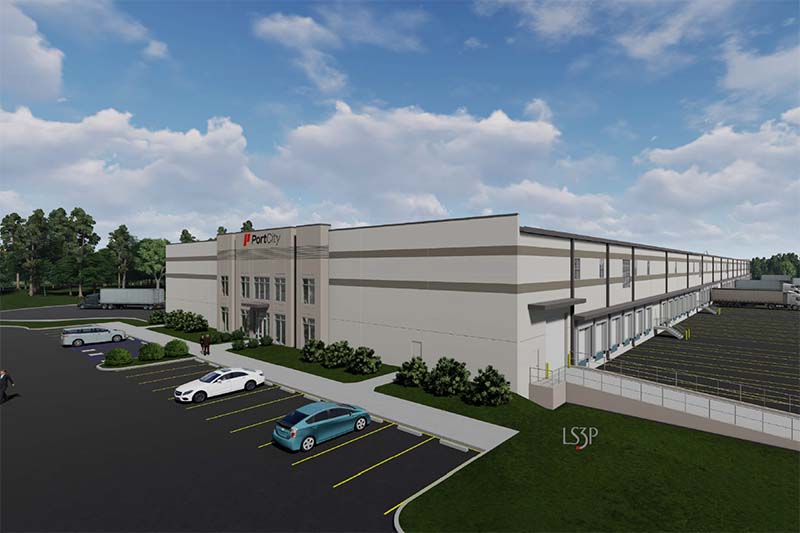 The Savannah-based firm submitted plans for its transload facility to city planners this week, proposing to construct a 151,200-square-foot warehouse. In August, the company acquired 42.2 acres of property owned by the North Carolina State Ports Authority for $2.15 million.

Crews are slated to break ground on the wooded property at 187 Raleigh Street in March 2023, according to Port City Logistics CEO Eric Howell.

The Wilmington site will be the firm’s first North Carolina location; Port City Logistics operates 12 warehouses in Savannah, Georgia and one each in Greenville and Greer, South Carolina.

Howell said the firm hopes to complete the project by the third quarter of 2023. This summer, Port City Logistics received an incentive package from state and local governments, making the company eligible to receive up to $337,500 if it meets certain job performance goals.

That financial support is tied to the planned creation of 75 jobs with an average salary of $64,833 over a five-year timeframe. It also hinges on the construction of the proposed $16 million transload facility.

“We are still working through the budget but $16M is a conservative estimate,” Howell wrote in an email Wednesday. “Interest rates and inflation have certainly not made the project any cheaper.”

The firm has office space in downtown Wilmington and is working toward its hiring goal, Howell said. Roles include sales- or warehouse-related positions for the third-party logistics provider.

“We are currently in the very early stages of the recruiting process and we will be ramping up efforts in the coming months,” Howell said.

Once constructed, the warehouse facility is designed to help store goods near the port to help streamline the last leg of the transportation process. A majority of goods the firm handles are imported, Howell previously told the Business Journal.