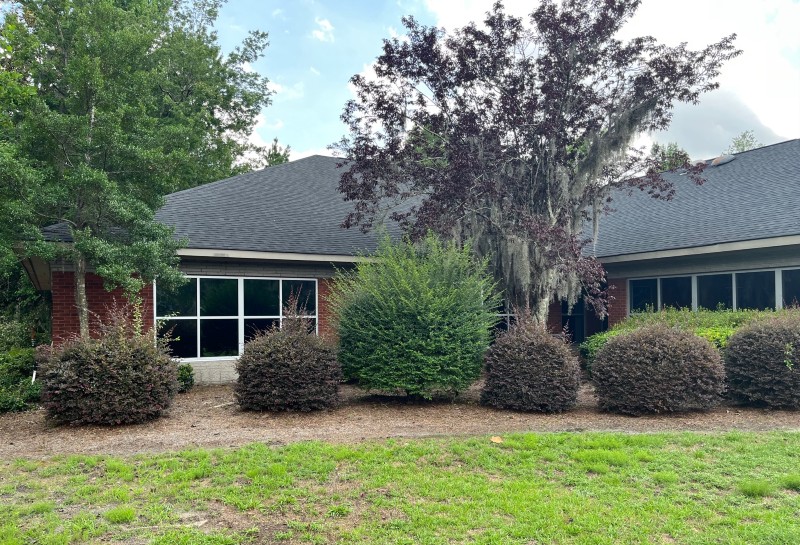 The former medical office space at 1802 S. 17th St. will be transformed into an early childhood education center. (Photo by Cece Nunn)

A former medical facility on South 17th Street in midtown Wilmington will get a new life as a school after its purchase by the foundation behind Girls Leadership Academy of Wilmington.

Spark Academy, a co-ed early childhood education center for children ages 6 weeks to pre-kindergarten students, is expected to open at 1802 S. 17th St. by next summer.

The location is ideal to help accomplish the goals of Spark Academy, said Todd Godbey, CEO of Beacon Education. In May, the board of directors that oversees Beacon Education announced plans to open between four and five co-ed early childhood education centers over the next three years.

“As part of our programming for early childhood education centers that are going to be Spark Academy, the model is a mixed-income where  50% of our students will be full-pay and 50% will be some form of scholarship on a sliding scale,” Godbey said Monday. “And so it's important for us to be in areas of town that are diverse … if you look around the area, there's a significant diverse population in a radius around that building.”

Nearby residential units include homes and apartments, and some of the commercial buildings neighboring the property are medical offices. Godbey said the foundation continues to search for other properties in various parts of town for additional education centers.

At 1802 S. 17th St., the former medical building will require an overhaul, but Beacon Education officials hope the development team can save as much of the existing plumbing and walls as possible as construction costs rise, Godbey said. The existing parking lot will hold a playground. An early estimate for the cost of the project is at least $3 million.

The revamped facility is expected to end up having about 13,500 square feet and to be able to hold 175 students.

As with other foundation projects, LS3P is the architect and Monteith Construction Corp. is the general contractor, with CLH Design also part of the group.

Wilmington is in dire need of more early childhood education centers, officials say. In the May Greater Wilmington Business Journal article about the Beacon Education plans, Jane Morrow, executive director of Smart Start of New Hanover County, said the county has lost about 10% of its child care program openings, caused by a shortage of qualified employees.

Correction: This version corrects the name of the foundation behind GLOW and upcoming early childhood education centers.