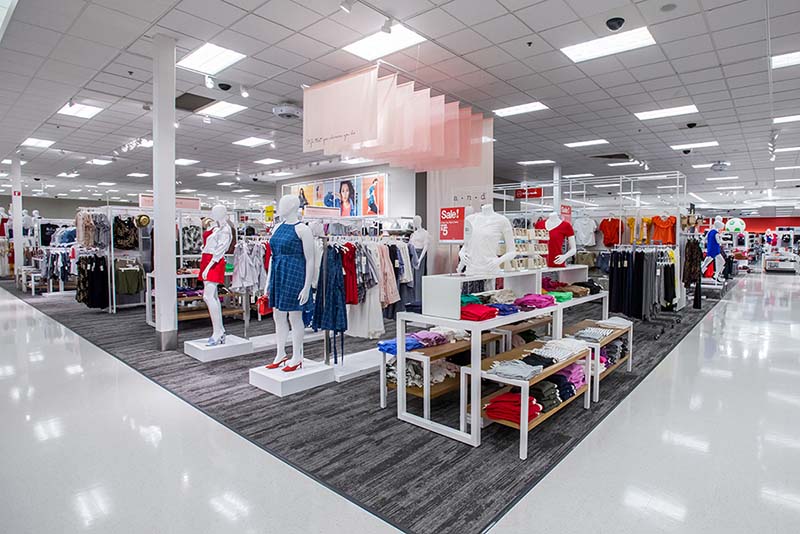 Target is planning an expansion of its Wilmington store. The company's apparel section in its Lino Lakes, Minnesota locations, is pictured above. (Photo courtesy of Target)

Target Corporation is planning an expansion of its Wilmington store.

Plans submitted to the city of Wilmington on Thursday show the big-box retailer is planning a 23,250-square-foot addition to its 124,120-square-foot existing building.

It appears a new entrance is also being planned for the central portion of the building. As part of the plans, the company will remove 22 parking spaces, bringing the total down to 551.

So far, the company has only submitted stormwater and tree permit applications, according to a city spokesperson.

"Target is continuously investing in our stores to enhance the guest experience, which includes updates to our stores that make shopping easier, safer and more inspiring for our guests. Those plans include the Wilmington store," a Target spokesperson wrote in an email Friday.

Because work hasn't yet started, the spokesperson said they didn't have any additional details to share.

Although the site plans didn't indicate what exactly the addition will be used for, a March news release from Target said its companywide expansion and renovation plans include "equipping the team with enhanced hold space and pickup areas for online fulfillment. On top of the full-store remodels, Target will complete hundreds of smaller projects across the chain to support the growth of its fulfillment services and expanding in-store brand partnerships."

The original structure was first built in 1997, according to New Hanover County property records.