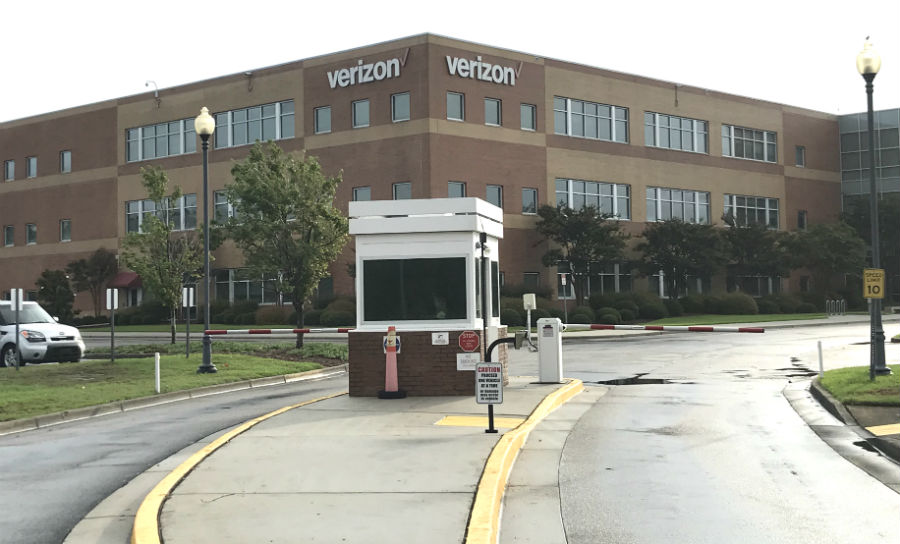 According to a deed, ENO Wilmington LLC acquired the three-story building at 3601 Converse Road at the end of January from Chicago-based Milwaukee MI Holding LLC.

ENO Wilmington shares an address, 751 W. Fourth St. in Winston-Salem, with Commercial Realty Advisors (CRA), a commercial real estate firm that also has an office in Wilmington, according to the CRA website. A CRA official reached this week said in an email that "at this time there is no information to be released" regarding the former call center building.

While the January real estate transaction is notable, involving 160,000 square feet of office space and 17.5 acres off Shipyard Boulevard in midtown, the bygone call center was the focus of a major economic development announcement for Wilmington nearly 20 years ago. At the time, state officials expected Verizon to bring more than 1,200 jobs to the Port City.

The Wilmington call center was established in 2004, and Verizon was awarded more than $7 million from the Job Development Investment Grant (JDIG) for creating those jobs by 2005, a year earlier than required, according to a previous Greater Wilmington Business Journal story.

When the pandemic hit the U.S. in March 2020, Verizon sent 90% of its workforce home, including customer service and telesales employees, according to a Fierce Telecom article in September 2020. "Verizon had no choice but to figure out how its employees could do their jobs remotely," the article stated.

In Wilmington, the Verizon call center had at least 730 employees pre-pandemic. After the onset of the COVID-19 health crisis two years ago, company officials acknowledged that most of its Wilmington employees were working remotely, but said they had no plans to close buildings at that time. Reached this week, a Verizon spokesperson said the company does not share local or regional employee numbers.

On Wednesday, signs at the site advertised the former call center property for lease, but an official with the commercial real estate company that placed the signs, JLL, said his firm was no longer involved in the listing.

The property is zoned RB, regional business, which allows for a variety of commercial uses. In a previous sale, tax records show 3601 Converse Road (referrred to as Converse Drive on some maps) going for $22.75 million in January 2008.