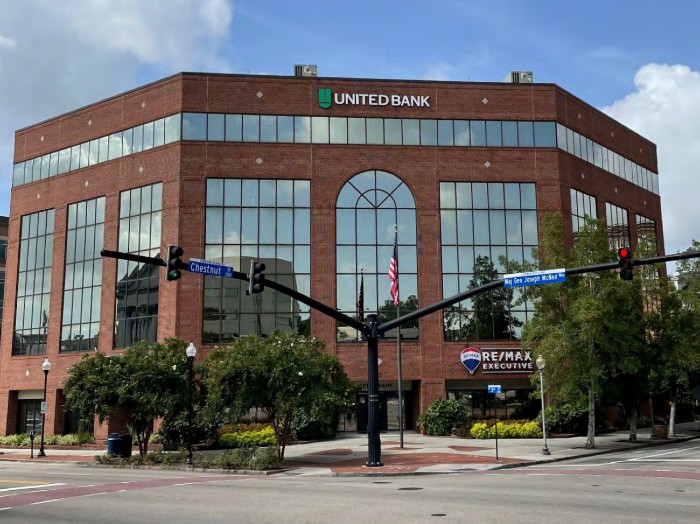 City officials have signed an agreement to buy 115 N. Third St., also referred to as the United Bank Building, from Harrelson Co.

The $11 million would be paid in lump sum from the city's fund balance. Wilmington currently leases nearly two floors of the 59,244-square-foot building.

“The city began a space-needs assessment earlier this year, which identified a growing need for office space,” City Manager Tony Caudle said of the acquisition in a news release. “This property’s availability provided a strategic opportunity for a smooth transition to a larger footprint with no disruption to service delivery. It also reaffirms the city’s commitment to downtown Wilmington as a thriving hub of business and activity.”

As part of the purchase, the city issued $25,000 in earnest money and is in a 120-day due diligence period, followed by a 30-day closing period, the release stated. The building was erected in 1990 and later remodeled.

According to the city's release, all existing leases in the United Bank Building will be honored by the city, which could then take over those spaces once the leases are up. In addition to United Bank, current tenants include the StarNews and RE/MAX Executive.

"The plan is to move more staff to the new building (currently HR, Budget, Communications and a portion of IT are located here) and use it as office space," said Jennifer Dandron, city spokeswoman, in an email Thursday.

It's possible that the city could add more office space to the property if the purchase goes through, "but nothing has been decided yet," Dandron said. "We’re still fairly early in the process. As we look toward the future, owning the property will give us more flexibility on how we can address any space needs."

"I think that initially the office market with COVID kind of plummeted in a short-term manner but then we saw companies like KWIPPED, for example, want a bigger space so that they, for one, could grow their business and two, spread their people out," Hinnant said.

KWIPPED, a technology company that specializes in B2B equipment e-commerce, leased 5,600 square feet of office space in the Cotton Exchange, more than double the size of the company's previous location.

About the news that the city wants to buy the United Bank Building, Hinnant said, "I think the market’s strong. The city was presented that opportunity and I think it was a wise pick-up for them."