Taking A Look At Like-kind Exchanges 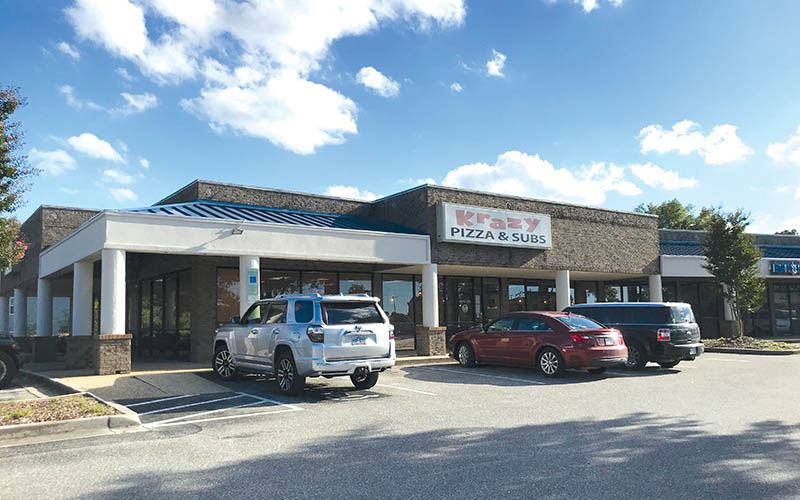 One of his personal examples: He and a member of his family bought property together in the 1980s on Market Street in Porters Neck, a transaction that would result in additional investments.

“We rented it to a plumbing company for five to six years, sold it and rolled the sale proceeds into a couple of rental houses,” said Warwick, who is a partner in Wilmington-based commercial real estate firm Maus, Warwick, Matthews & Co.

They sold the rental homes a couple of years later “and rolled that sale into an office condo project, which we still own today. The 1031 exchange allowed us to grow the investment and keep being buyers and sellers in the market,” Warwick said.

President Joe Biden’s administration is the latest to propose changes to the 1031 program, which is part of the federal tax code.

Fears about potential changes or elimination of the provision, along with pending increases in capital gains taxes, have led to a rush at times to complete 1031 exchanges, creating “a unique seller’s market for divestment and driving the buyers to pay a lower-than-usual cap for assets that meet their criteria,” said Nicholas Silivanch, a partner in Wilmington-based Eastern Carolinas Commercial Real Estate.

“Sellers are able to be less flexible in pricing and/or terms due to the national/regional investment market’s demand or need to place capital.”

Explaining 1031, Warwick said the exchange is a method whereby a seller can sell a commercial or investment property, and instead of paying the capital gains tax on the sale proceeds, the seller can designate one to three properties he or she would like to roll the sales proceeds into and defer the tax that would have been due on the sale.

“It is used regularly in our local market as well as nationwide by people that invest in the commercial and investment real estate market,” Warwick said. “By deferring the tax, you can reinvest the entire sales proceeds versus a lesser amount that would remain with after-tax proceeds. … This creates jobs and additional services needed by real estate brokers, banks, surveyors, title companies, lawyers and many others. It is a great avenue to try and grow your investment portfolio.”

Some experts argue that Section 1031, enacted in 1912, is obsolete and should be scrapped, while others say it unfairly benefits the wealthy, according to national news reports.

According to Warwick, who said about a third of his business comes from 1031 exchanges, “The only entity that I am aware of that doesn’t like the 1031 exchange is the IRS. They want your tax dollars now, and the 1031 exchange allows you to defer the tax until you sell a property and keep the sale proceeds. The local government gets their tax collected on the sale through revenue stamps. So the sales defer the federal tax, but the local county still is a receiver of the revenue stamp fee.”

A major local example of a likekind exchange: The Yelverton family bought The Villages at Brunswick Forest, excluding some outparcels, for $16.8 million in December 2020 from entities managed by Lord Baltimore Capital Partners LLC.

The center is anchored by a Lowes Foods grocery store and includes restaurants, stores, salons and more.

The Yelvertons, who have homes in New Hanover County and Raleigh, bought the property as part of a 1031 exchange after selling Cameron Hills Apartments in Raleigh’s Cameron Village.

The Villages at Brunswick Forest appealed to the Yelvertons as an investment for a variety of reasons, including the fact that the thousands of residents in the master planned community of Brunswick Forest can get to the shopping area without leaving their community, giving it “huge growth potential,” George Yelverton said in February.

Reached in September, he said he’d prefer not to comment on 1031 exchanges.

A few years ago, developer James Goodnight, who has rehabbed high-profile historic buildings in downtown Wilmington and elsewhere in the state, bought 522 S. Third St. in Wilmington, a long-vacant brick building, as part of a 1031 exchange.

In another 1031 example provided by Warwick: “One of my former partners and I bought a 5-acre parcel in Leland with two industrial tenants on the property. We sold that and rolled it into three properties, one in the Leland Industrial Park and two on Highway 421 in New Hanover County.”

Warwick added, “We have since sold these and kept the sale proceeds and paid the tax. But this 1031 program caused us to purchase additional properties and make repairs and improvements, which funded jobs and our local businesses that we would not otherwise have needed to do.”

In 2017, Ed Godwin, a retired general commercial contractor, bought Cornerstone Shopping Center at 1616 Shipyard Blvd. for $2.28 million through a 1031 exchange after selling a property in Charlotte. Godwin said in a previous story that at the time, “I needed an office space and warehousing to store construction materials and equipment, so I bought a little building down there” in what today is Charlotte’s booming South End.

When he shut down his firm in Charlotte in 1997, Godwin had a list of people “as long as your arm” who wanted to rent the building that had served his business for so many years. “It was a good investment, and it just got better and better and better,” he said.

These days, the shopping center is 100% occupied, Godwin said recently.

Godwin and Warwick, along with others in the local commercial real estate industry, said making 1031 exchanges more difficult or doing away with them would be detrimental.

Warwick said, “If 1031 tax deferred exchanges were eliminated by the federal government it would be a tremendous hit to our industry because it would immediately cause a disincentive to both buyers and sellers. Prices would go up to cover the tax that would have to be paid. Property owners with a low basis in a property ‘can’t afford’ to sell the property.”

As the Wilmington area continues to grow and more people want to move to the region, “the 1031 exchange allows them to sell property in their home state and reinvest here in our market,” Warwick said. “It’s a great catalyst we want to keep alive and well.”