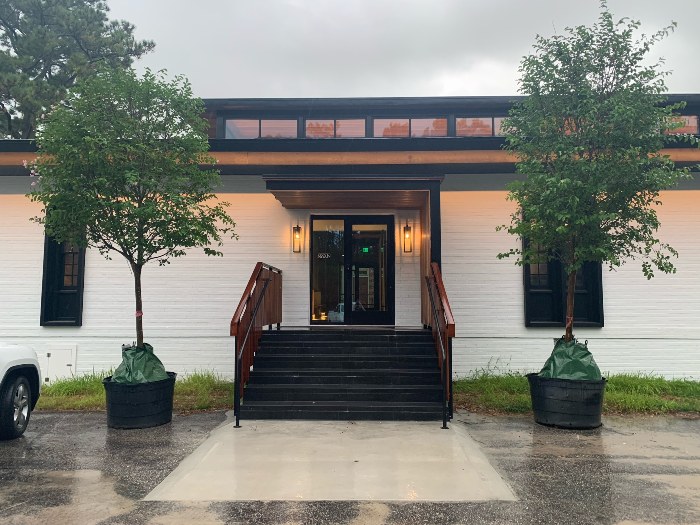 A longtime custom homebuilder in Wilmington recently completed a unique office project and will showcase it during an open house Friday.

PBC Design + Build created an office of its own in the former fellowship hall of Pearsall Memorial Presbyterian Church at 3902 Market St.

The nearly 25-year-old company had moved around to various locations, relocating to 314 Walnut St. in downtown Wilmington in 2013. PBC moved from there to its new digs on Market Street about three weeks ago.

The office is 4,200 square feet, and the building was designed by architect Leslie Boney Jr. in the 1960s.

PBC has put its own mark on the exterior and interior of the historical structure.

"You can walk in and see some unique design features that we would only do through pure celebration of our craft and also because it’s our space designed for us by a great architect, Michael Kersting and his team," said Dave Spetrino, president of PBC.

An open house will be held at the new PBC office at 3 p.m. Friday.

The office building is the first phase of a multi-phase, 14-acre development at and around the church, which was built in 1912.

The next couple of phases in the project will involve Switchyard, an apartment community planned to contain 192 apartments, with 48 two-bedroom units and 144 one-bedroom/studio units.

In a future phase, the former sanctuary will be turned into a restaurant space, Spetrino said. While the interior of the church is being renovated, he said, he has no plans to demolish it.

Spetrino said he believes that portion of Market Street is “a neighborhood that’s going to improve over the next two decades” and the fellowship hall gave PBC the opportunity “to take a unique space and make it our own while still respecting the people who came before us.”