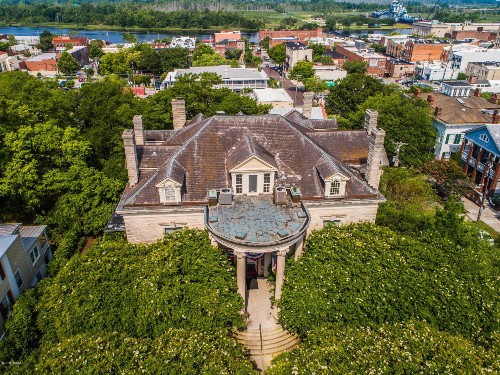 The Graystone Inn, built around 1905 at 100 S. Third St., will remain a bed and breakfast and event venue, said one of the new owners, Jamie Alfalla, of Alfalla Hospitality Group LLC.

Jamie Alfalla and her husband, Ace, who live in Wilmington, are majority partners in the venture.

A few of the rooms in the 11-room historical house are being restored and renovated, Jamie Alfalla said.

Recently, the inn’s remaining nine rooms have been fully booked.

Originally called The Bridgers Mansion, the home was built by Elizabeth Haywood Bridgers around 1905 to 1906. It was purchased in 2004 by Richard and Marcia Moore, and they sold it to Alfalla Hospitality on June 21 for $1.925 million, according to property tax records.

The Graystone Inn was one of 42 luxury properties (those costing $1 million or more) to sell in New Hanover, Brunswick and Pender counties in June, according to a luxury market report by Wilmington-based Just For Buyers Realty.

In addition to hosting visitors and weddings, the inn has appeared in TV and film productions and hosted celebrities over the years, the report stated.

Another downtown historical property, the Dudley Mansion, sold for $2 million in April, according to tax records and a StarNews story.