Pending Projects: Where Do They Stand? 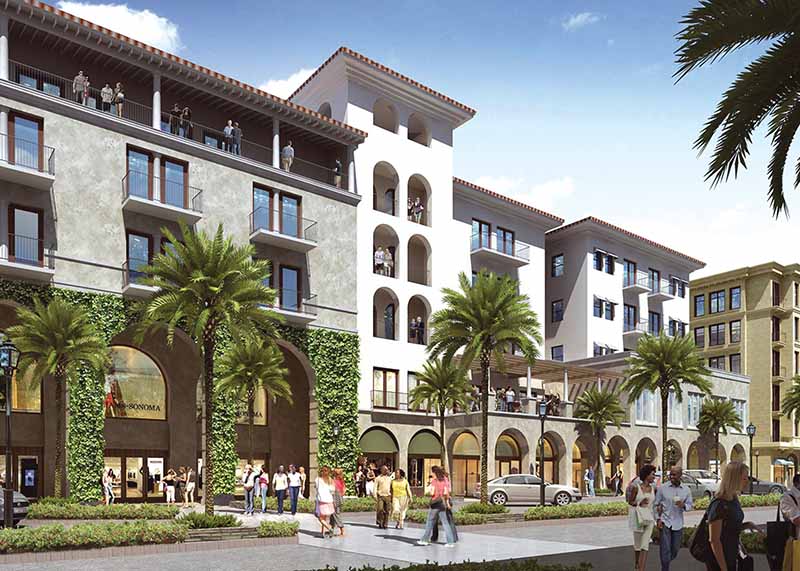 Plans for The Avenue, a more than $200 million project to be built on Military Cutoff Road, are being tweaked. (Rendering c/o The Carroll Companies)
While some major develop­ment projects in the works in the Wilmington area are progressing, others are on hold for a variety of reasons.


The Northern Gateway project planned for downtown Wilmington is an example of a development that has stalled. Early on in the pandem­ic, in April last year, city officials said the $90 million public-private partnership would have to wait as they responded to the health and financial health crises brought about by COVID-19.


In 2017, Swain & Associates developers announced plans for Cen­terPoint, a major mixed-use develop­ment on Eastwood and Military Cut­off roads in Wilmington that would include a hotel, an office building with a parking deck, apartments with a parking deck, restaurants and stores on about 23 acres.

At the time, CenterPoint was esti­mated to be a $250 million project. That estimate is likely to increase be­cause of a rise in construction costs and materials in the past few years.

Wilmington-based Swain & As­sociates added 20 rooms to the hotel at CenterPoint for a total of 220, and 70 units, for a total of 370, to an apartment complex planned for the development.

CenterPoint’s construction is also waiting for the N.C. Department of Transportation to start projects for Military Cutoff and Eastwood roads. Meanwhile, the NCDOT is facing its own delays and funding issues.


Plans for The Avenue, a more than $200 million development to be built on Military Cutoff Road in Wilm­ington, are proceeding but could include some changes, particularly to what gets built first, as a result of COVID-19.

Roy Carroll, owner of The Avenue development firm The Carroll Com­panies, said in a recent interview that construction on the development’s anchor, a Westin hotel, will likely be delayed as a result of a pandemic-re­lated slowdown in the hospitality industry.

“We continue to be concerned about starting a $90 million hotel with the hotel industry like it is right now,” Carroll said.

The Westin, with more than 230 rooms, will still be built, along with a spa and conference center, but con­struction would likely start in a later phase of the multi-phased project, he said.

Site plans for The Avenue sub­mitted in 2019 showed 10 buildings, along with three parking decks. The buildings would include more than 115,000 square feet of retail space and more than 500 apartments.

Instead of starting with the hotel, he said, crews could begin by work­ing on residential space in buildings that would be located in the back of the 44-acre site.

But another potential change for the project is the amount of retail space allocated, planned for the first floor of some mixed-use buildings, with apartments on the top floors.

“We’ve got a good amount of retail planned for the project. And retail right now is also suffering. So we’re taking an in-depth view of the retail and what is needed in that mar­ket right now,” Carroll said.

That’s an example of the questions The Carroll Companies, a Greens­boro-based firm, is considering, but there won’t likely be wholesale changes to The Avenue’s plans, Car­roll said.

“We’re anxious to get started,” he said. “It’s just COVID has changed the world a little bit, and we’re trying to make sure that our plans and what we’re trying to do make sense in a post-COVID world.”


The New Hanover County Board of Commissioners will hold a public hearing on a proposed Memorandum of Understanding for Project Grace at its regular meeting at 9 a.m. March 15, according to a county announcement.

The proposed $107 million redevelopment would transform a 3-acre, county-owned block in downtown Wilmington, bordered by Grace, Third, Chestnut and Second streets, into a modern mixed-use project with public and private facilities.

In the proposed MOU, the project could also include a new public library and a new location for the Cape Fear Museum, as well as private development. In addition, the public facilities could include 75,000-square-feet of city offices. With the museum and library, the offices would create a civic and arts district in downtown Wilmington, a county news release stated.


The New Hanover County Board of Commissioners recently approved a revised development agreement for a project that will transform the site of the county’s government center.

The board also approved a $53.5 million capital project ordinance to finance the county’s portion of the development.

The project is expected to hold a new facility for county offices, including an expanded Emergency Operations and 911 Center, and commercial and residential space, with at least 5% of the residential units being dedicated to workforce housing.

The revised agreement changed the deal from a lease to a 20-year public debt for the county because interest rates for county borrowings are lower, producing a cost savings that changes the estimate for the new government center construction from $49 million to about $46 million.

The county will retain ownership of the land where the new govern­ment center is built and then sell the other half, 7.5 acres of 15, to the developer, Cape Fear FD Stonewa­ter LLC, for the construction of a mixed-use residential and commer­cial development.

The private portion of the devel­opment has an estimated project value of $70 million.

Cape Fear FD Stonewater will manage the construction of the pub­lic and private facilities.

Construction is expected to begin in March, according to county officials.

Editor's note: This version has been updated with new information about Project Grace.