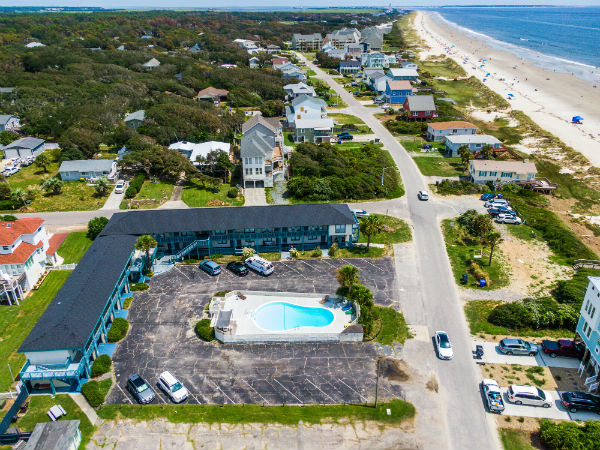 Carolina Retreats bought the 22-room property, at 500 Ocean Drive in the town of Oak Island, for $1.165 million from the Canning family. Don Harley of Coldwell Banker Commercial Sun Coast Partners represented the sellers in the transaction.

"We've acquired a few vacation rental businesses over the years," said Mike Harrington, owner of Carolina Retreats, which manages more than 300 short-term and vacation rentals on Topsail Island and at Carolina and Kure beaches. "This is something a little bit different for us, but we look at it as an anchor on Oak Island for our business, something we can own and renovate and turn back into a prized possession and asset for the community."

Vacationers are renting rooms at the motel these days, which will remain in operation until about the first of November, when crews are expected to begin phase one of planned renovations, Harrington said.

"It's a really unique property," he said. "It was originally built as a beach motel back in the 1960s and at some point during the '80s a group came in to try to develop it into timeshares. The original structure is only about 10 units."

Twelve were added through the years, including one- and two-bedroom, apartment-style units.

"So they lend themselves greatly to what we do," Harrington said, referring to vacation rentals.

"The location's fantastic," Harrington added. "Beach access is right across the street; you're right down the road from the Lazy Turtle Bar & Grill and Oak Island Pier, all within a very short walking distance."

The Island Resort & Inn is the second foray into hotel-type lodgings for Carolina Retreats.

Built in 1960 and originally called “The Silver Sands Motel,” the Loggerhead Inn is currently undergoing a major renovation.

Saving such properties keeps options open for renters who only want to spend two or three nights at area beaches as opposed to seven, Harrington said.

"The [usual] buyer for them is a developer who wants to tear them down and build beach houses or condos," he said. "You can do that but you know, we see an opportunity because we have the infrastructure, we have all the back office operating capabilities to take the things, revitalize them and turn them into really cool little assets ... We're saving hotel rooms in these markets, which we feel should be a positive thing for the towns."