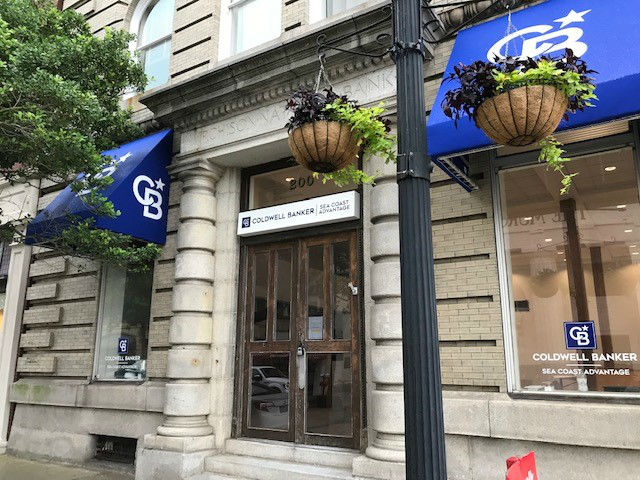 "We've been looking for a couple years for the right spot downtown," said Tom O'Neill, Coldwell Banker Sea Coast Advantage's vice president of operations. "We're in the process of upfitting it now. We think it's the best location in the entire downtown and that it's going to be huge for foot traffic and walk-ins."

To start, Sea Coast will likely have seven agents working out of the new downtown office, he said. But there's also room for other Realtors with the firm to drop in, with open space at the front, work areas and two conference rooms.

The open space will allow the company to host art nights and other events, O'Neill said.

The company purchased the space, nearly all of the first floor of the building, for $714,000 in December. The upper floors hold residential units, O'Neill said.

He said the renovations for the office are expected to be complete by mid-July.