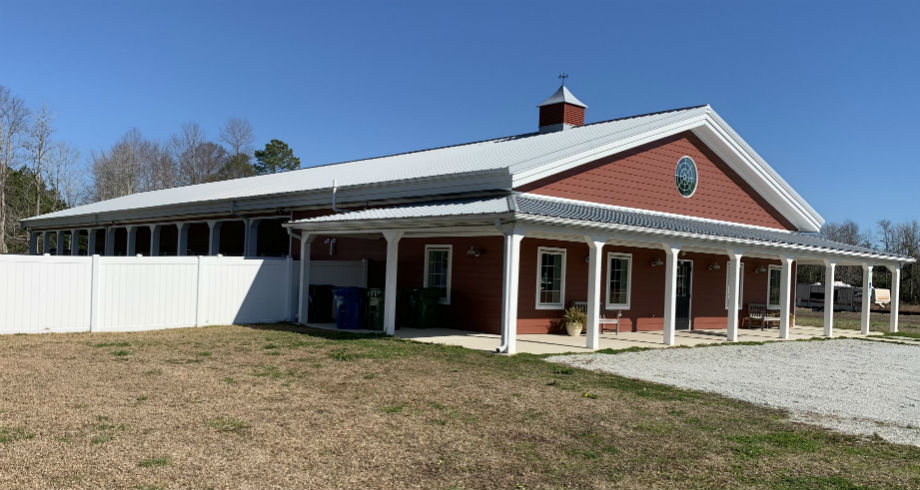 Pawville, a Pender County-based business that offers pet boarding, grooming and other services, is expanding its pawprint again.

“We have always wanted to pursue a regional presence, and that’s why we’re building in midtown Wilmington,” said Phil Miller, who founded Pawville with his wife, Amanda Miller. “The Sneads Ferry deal was essentially an opportunity that came up that we had not really planned, but it fit into our attempt to become a regional brand.”

The financial details of the transaction were not disclosed.

Phil Miller shared this week that the Carolina Beach Road location could be finished by the end of the year, and in addition to boarding, daycare, grooming and training, it will hold some new services.

They include a boutique with pet items for sale that will be about 1,000 square feet, self-serve dog washing stations and a dog treat bakery.

At the boutique, “we’ll have an emphasis on products within the region so we’re looking more at supporting local and regional manufacturers in the area as opposed to trying to buy from big distributors,” Phil Miller said.

As a result of acquiring Salty Paws on Jan. 24, Pawville now has five locations, counting the one in the works on Carolina Beach Road and including locations in Hampstead/Surf City, Jacksonville and Homosassa, Florida.

Salty Paws, started in 2015 by Victor and Lesley Riley, will now be called North Shore Pawville. The Rileys “built a large, state-of-the-art facility with indoor/outdoor runs and large outdoor spaces and were received by the local community with open arms,” according to a Jan. 26 Pawville blog post by Phil Miller.

“It’s so apparent to us that Vic and Lesley put a lot of pride and love into the creation and running of this place and we want to continue operating with that same level of passion,” Phil Miller stated in the blog. “Although Victor and Lesley will no longer be involved with the business, their employees will remain in place and operations will continue without interruption. All prices and policies will remain the same over the next month as the Pawville team learns from the Salty Paws team and clients.”