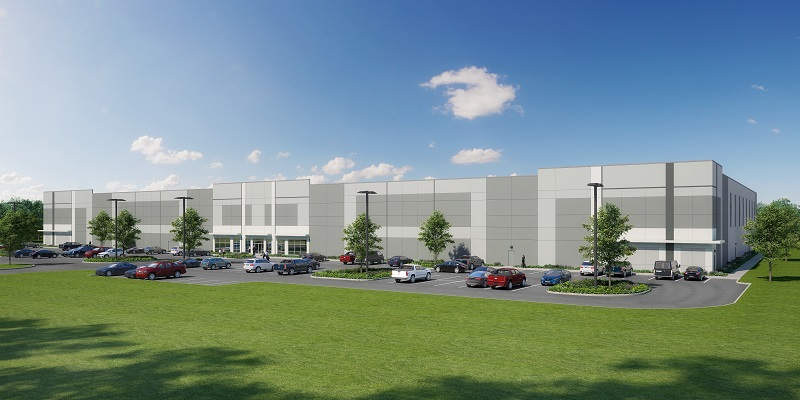 Pender Commerce Park Partners 1 LLC, a new entity formed for the development, released plans this week for the construction. Closing on the property is slated for late January, said Chris Ramm, managing partner of the group, which includes Taylor Development Group.

Via the limited liability company Mobrix, Ramm aims to buy the property from the county.

Pender County Commissioners in August approved the $634,400 price for the 12 developable acres within the county-owned industrial park off U.S. 421. That was followed by a 120-day due diligence phase.

The new entity, Pender Commerce Park Partners, will develop and own the property, and lease the building. Pending closing and permit approvals, developers aim to break ground on the property in late February and be finished with construction late in the third quarter of 2020, Ramm said. 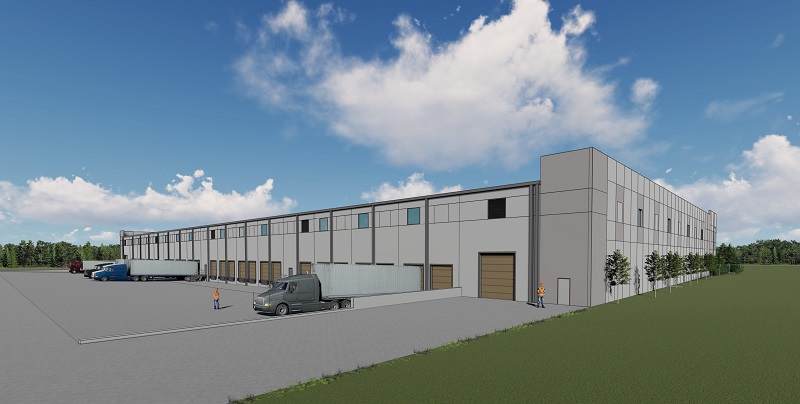 Plans are to build a 126,000-square-foot concrete building with 32-foot ceilings, 26 dock doors (pictured right) and two large drive-in doors on either side of the building, Ramm said.

The development is designed to accommodate a single tenant or the space can be subdivided to hold multiple tenants, he said, adding the designs give the flexibility to "adapt to the market needs."

“We’ve been very thoughtful in the design of the shell building to be flexible,” Ramm said.

The building could accommodate a wide range of industrial uses.

Ramm and other investors are bringing the spec building to market based on the lack of new, modern industrial space available in the area, he said.

Many of the industrial buildings that have been constructed in the area recently have been built by owner-users, but there haven’t been any options for lease, Ramm said.

Ramm has spent the past year researching the market with his partners, looking at sites in the tri-county area, he said.

The Pender Commerce Park stood out to developers for this project because of its access to nearby highways and interstates, proximity to the Wilmington International Airport and the Port of Wilmington, as well as the quality of the industrial park infrastructure and neighboring tenants, including Acme Smoked Fish, Empire Distributors and another tenant coming to the park, Polyhose Inc.

The Indian-based industrial hose manufacturer announced plans in December to bring 51 jobs and make an $8 million investment in the park. Polyhose's development will take place on a plot next to the planned spec building.

Ramm said their development will give regional and state economic developers, as well as commercial brokers, the ability to respond to the high demand for industrial sites in the market, he said.

Paul Loukas and Will Leonard, of Cape Fear Commercial, are the listing agents for the spec building.

Ramm said he and his partners anticipate the building will be a catalyst for attracting new business to the region.

“The industrial sector, in general, is very hot right now with the growth of e-commerce, among other economic factors. When regional economic development groups or national brokers are looking for sites, they need to act fast and typically don’t have the luxury of time to wait 18 to 24 months to design and develop a site and building,” Ramm said, adding that the region has not been able to respond to some requests for proposals because there hasn’t been any available product ready or on the horizon to deliver within six to 12 months.

Officials are in talks with several prospects, but no tenants have been lined up at this point, Ramm said Wednesday.

"I think everybody is excited about the opportunity to see this thing come out of the ground. I’m optimistic and confident we will fill it up pretty quickly,” Loukas said.

On top of the surrounding access, Pender Commerce Park has the infrastructure and a good combination of existing owners and tenants “that makes development, especially of a spec building, make a lot of sense out there,” Leonard said.

“The whole U.S. 421 N. corridor has garnered significant attention in the last several years, and especially in the last couple of months, now that the utilities are complete up there," Leonard said. "And the fact that I-140 crosses U.S. 421, those major commercial nodes that I-140 touches, you can’t underestimate the value that road has brought to all of northern New Hanover County and Pender Commerce Park."

Along with the county, Ramm also worked with Wilmington Business Development (WBD), an economic development organization that serves New Hanover and Pender counties' business retention and recruitment efforts. WBD helped with the site selection process, working with the county on the land purchase and gathering data supporting a spec building in the park, Ramm said.

“They were certainly an integral part, not only facilitating the transaction with the buyer, Pender County," Leonard said, "but also their marketing efforts to attract business to the greater Wilmington area and Pender County.”