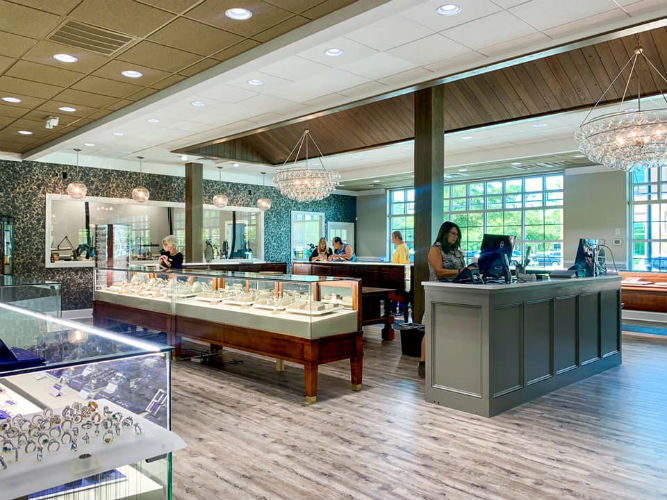 The $500,000 remodeling of Perry’s took about five months. A couple of the changes include a 20-foot glass through which customers can see jewelers working on their jewelry, a design center, a scanning machine and a 3D printer grower that can produce a piece to try on.

“The response has been tremendous,” said owner Alan Perry. “Our traffic has increased, that’s for sure.”

Perry’s Emporium moved from Charlotte to Wilmington in 1991, relocating from Independence Mall around 2001.

Also at Barclay Commons is Beach Barbell, a nearly 3,000-square-foot physical therapy center and gym, opened by Brittany and Nick Marki (pictured below).

“When we were looking around at different spaces, this one looked really nice,” Nick Marki said. 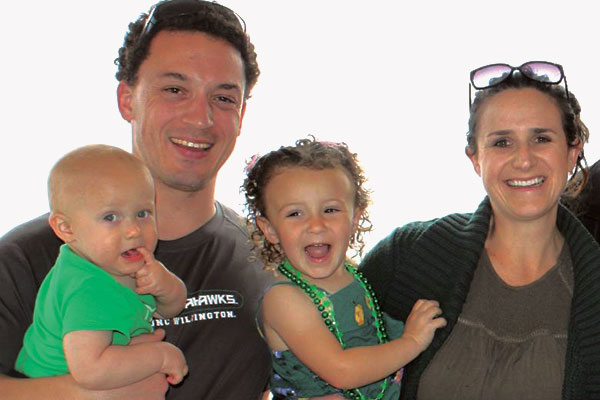 He said the business has physical therapy services “helping people with injury and pain and recovery as well as vestibular therapy that deals with vertigo, dizziness and imbalance with the inner ear.”

The gym and fitness side of Beach Barbell involves group, one-on-one and solo training, with the plan of providing 24/7 access.

“Basically, we’re trying to serve someone on the health and fitness spectrum no matter where they are [on that spectrum],” Nick Marki said. “We want a place where anyone feels safe and confident in exercising.”

Another recent occupant is Hisco, an industrial supply firm that moved administrative and sales functions to 5,000 square feet at Barclay Commons from U.S. 421.

Tyler Pegg and Cody Cress of The CRESS Group of Coldwell Banker Commercial Sun Coast Partners are the listing agents for space at Barclay Commons and said there are two units left, one that’s 1,750 square feet and the other 3,650 square feet.