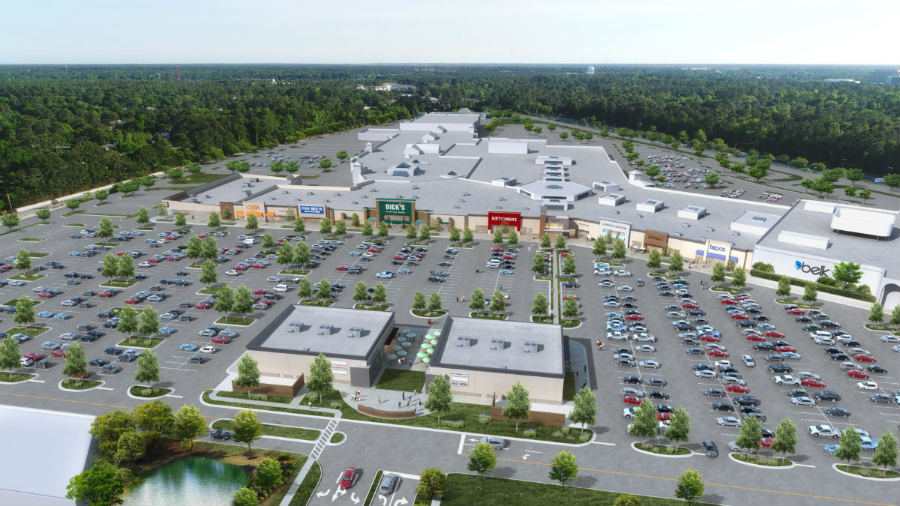 The 10-year lease with RSE Independence LLC, the Brookfield Properties entity that owns much of the mall, was signed June 28 by David G. Krueger, senior vice president for growth and development at Ulta, and recorded Aug. 6 with the New Hanover County Register of Deeds.

Ulta Beauty (NASDAQ: ULTA), described on its website as the largest beauty retailer in the U.S., sells cosmetics, perfume, skin care products, hair care products and salon services and already has a location in Wilmington at Mayfaire Town Center.

One of the latest Independence Mall renderings shows the Ulta with an exterior-facing entrance on the Oleander side of the mall where the Sears used to be.

Efforts to reach an Ulta representative for more information were not immediately successful Thursday, and officials with Brookfield Properties declined to answer questions about the Ulta lease, saying they don't comment on behalf of retailers.

But they did issue a general statement regarding the mall's redevelopment project, which has been in the works for at least two years.

"In 2017, Rouse Properties, a subsidiary of Brookfield Properties, began the long and arduous process of planning and permitting for the redevelopment of Independence Mall. The center was last redeveloped in 2001. We are pleased to announce that the first phase of our redevelopment will be underway in the coming days beginning with the demolition of the former Sears building and wing," officials stated in an email this week. "Dick's Sporting Goods Superstore will replace a portion of the former Sears wing and an open-air streetscape area facing Oleander Drive will replace a portion of the existing mall with exciting new dining and retail merchants."

The statement said that in the same area of the center, three new buildings will be constructed in the parking lot along Oleander Drive that will eventually hold several new-to-market restaurants. Last year, the mall's owner submitted site plans for an 8,800-square-foot restaurant called Walk-On's Bistreaux & Bar, co-owned by NFL quarterback Drew Bree.

"We anticipate the completion of our redevelopment by the fall of 2020," Brookfield Properties officials said in the email this week. "Please look for many exciting lease announcements in the coming months."

A sign from Chapel Hill-based real estate firm Retail Rep in front of the Dick's Sporting Goods at 816 S. College Road, which is still open, says the 51,270 square foot building that Dick's now occupies is for lease.

"Dick's is planning on leaving and we plan on finding another tenant to move in when Dick's moves out," said Brian Grabowski of Retail Rep.