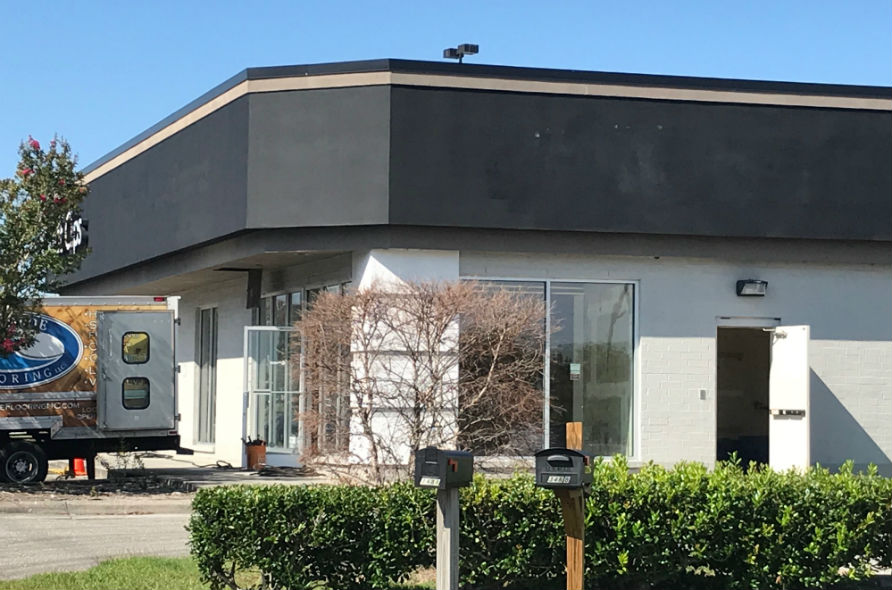 A Goodnight Sleepstore will fill the space on South College Road that was previously occupied by Payless ShoeSource, which filed for bankruptcy and closed stores earlier this year. (Photo by Cece Nunn)
A busy shopping area near the University of North Carolina Wilmington that lost a retail tenant to bankruptcy this year is getting a new one soon.

Mattress retailer A Goodnight Sleepstore will fill the space previously occupied by a Payless ShoeSource at 348 S. College Road, according to an announcement from Eastern Carolinas Commercial Real Estate (ECCRE).

The demand for mattresses is evident because of the area's growth, Englebright said.

"With the housing development taking place, the university, and there's apartment complexes being built on every corner of the town, there's a need," he said.

He also said Mattress Firm filing for bankruptcy last year and closing stores, including in Wilmington, has led to an increase in his business. Englebright's mattress store portfolio continues to grow, with five locations of A Goodnight Sleepstore projected to open in the Raleigh-Durham market this year: two in September, two in November and the fifth in December, he said.

Although a grand opening for the second Wilmington location of A Goodnight Sleepstore is expected next month, the transaction took some patience and sole-searching on the part of the landlord, according to a recent announcement.

That left a question mark over the store in Wilmington that occupied a unit in a two-unit center at 348 S. College Road for numerous years. The property, an outparcel of Sam's Club-anchored University Centre, is called Hawk Center and belongs to Stacey Wester of Hawk Commercial Properties, according to the ECCRE release.

Wester sought the help of ECCRE on how to address the situation, said Nicholas Silivanch, partner in ECCRE, in the release.

"The first attempt was unsuccessful, but the second time was the charm with Payless filing bankruptcy in [February] of 2019," the release stated.

Wester and Silivanch created a strategy to help move Payless from the space and backfill the unit, the release stated. Eventually, Englebright started a conversation with Silivanch on the possibility of leasing the space once the shoe store left it.

"Without having a timeline officially from Payless on vacating, it was hard to effectively promise anything beyond general terms that the landlord would be looking for," the release stated. "At the end of May, the landlord received word that the  space would be returned in June. Reaching back out to Kirk Englebright and his broker Baker Bell with Bell Commercial, a deal was finalized on a long-term lease for the 2,530-square-foot suite."

A grand opening for the new South College Road location of A Goodnight Sleepstore is set for Aug. 9.